That Ice & Snow: The Swiss Role in It 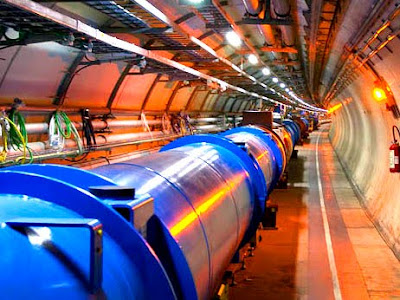 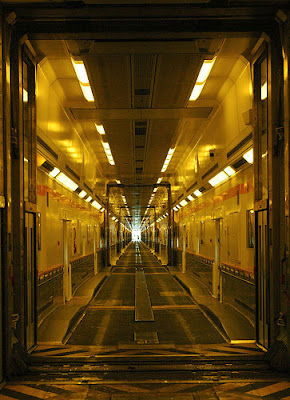 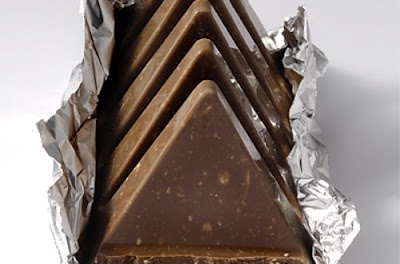 Exhibit C: Amble Minimart Item
WE'VE ALL GOT A WINTER OF 2009-2010 STORY, haven't we? I'm hoping this is the winter I remember a few years from now when the promise of Global Warming is honoured and I'll be sitting down by the River Coquet in January watching the flamingos mucking about. I'll be wearing my Bermuda shorts.

Amble in the Ice is somewhat off the beaten track. The Northumberland Council is only gritting vitally important roads (and paths and pavements are not even mentioned at County Hall). The A-1068 is getting a very little grit now and then and one can slide through the edge of town. Our few shops and the minimart are not getting much attention.

We don't have a supermarket. We have a minimart operated by the Co-op. A year ago the Co-op managed to cram a great deal of food and drink into their small space. In early summer they closed for renovations: out came about a quarter of the shelves and one of the check-outs, and in came … Well, less of everything and none of some … And a large empty area was created for people to queue in unhappily, and a few racks of rubbishy children's summer gear were tucked just inside the door. The liquor section was extended (successfully, I think, as our only off-licence has closed at Christmas) and the butcher's section vanished under shrink-wrapped packets of slightly off-colour meat products.

So, Amblers tend to shop out of town. Goes without saying, though I've said it anyway. There's an ASDA Superstore miles south of us. I don't have a vehicle. I use the bus and get lifts. I rely on our Co-op minimart for basics.

For over a week, the minimart has had the look of shops in East Germany before Reunification. Empty shelves 98%, some unusual items 2%. Just after New Year, our minimart had no dairy products, no fruit or vegetables, no meat or poultry or seafood. It did have a very large heap of butter-substitute products: spreads as they are referred to properly (margarine is toxic, hasn't been sold for decades). And there were many two-litre bottles of Co-op Diet Lemonade. For fuck's sake, I thought, and came home with Lemonade and two cartons of I Can't Believe it's Not Butter, and my Lotto ticket.

Yesterday I trundled (there's a good word!) through ice and snow across to the Co-op minimart and found … well, I didn't find … Except for a considerable quantity of Toblerone Chocolates in different sizes (the shape remains the same or it ain't Toblerone). I'm the odd person who doesn't much like chocolate. Go figure. Already having this week's Lotto ticket (the winner, I hope!) I trundled (still quite a good word) back to the flat empty-handed.

Last night the BBC told us, early in the evening, that it was the same temperature as Moscow (-20C). Later in the night they updated this to the same temperature as the South Pole (-22C). This is cold fucking comfort for you! And, today, the story is that it will get worse. And how? Polar bears ice-fishing in the Thames? "I am the Walrus" becomes the new National Anthem? Gordon Brown attacked by penguins. Wait, I'd pay money to see that.

A month or so ago, once the baguette that had been dropped accidentally into the Large Hadron Collider in Switzerland had been picked out, a crumb at a time, the scientists in Geneva fired up that fucker. And then we hear some star a few thousand light years away is going super-nova and will destroy all life on Earth with an inter-galactic fart. Some Nigerian nut-job sets his knickers on fire in the name of God (Allah-ing matter!) while flying above Detroit*. Trains freeze to a halt in the Channel Tunnel. Ice and snow come rolling over Britain from the east. Food vanishes from the Amble minimart. Toblerone bars suddenly appear in an otherwise empty shop.

Vortex is a good word, like trundle. I'll use it, never mind I'm not sure what it means. I think the Large Hadron Collider is to blame, we're in a vortex, and while Switzerland may be spitting snow and chocolates at us today, any time now a Black Hole will open there for business, dairy cows will spin around us, and Global Warming will start to look pretty mild by comparison.

Turn the Collider off! Well, just after the penguins get the Prime Minister.

*The fuckwit, Umar Farouk Abdulmutallab, known as 'No-Diddy' to his mates, has pleaded not guilty to charges filed against him ... claiming the incident was just the result of a Vindaloo he'd had in Amsterdam.
Posted by Ross Eldridge at 14:35

Laughing out loud here in sunny Punta Uva (or LOL as the texters of the world say). Will men never quit mucking around with nature?

YES, they should turn off the Collider off. Plus, Nathan Myhrvold wants to spray sulfur dioxide into the stratosphere with a garden hose to "offset" global warming.

Think it'll work? Or, will we create a chemical cocktail that will bring Armageddon to a village near you. Soon.

I'm reading a book on astrophysics now... and the hadron collider is the least of it. When humans cease to question and experiment, then we worry... but I have to say of all your photos, I was most interested in the mini mart chocolate than the collider. Mouthwatering.