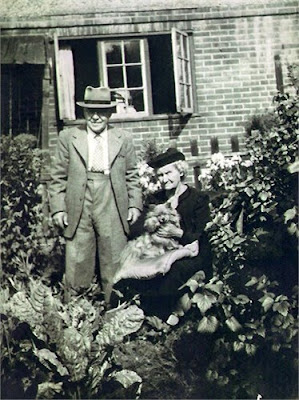 I want to stand as close to the edge as I can without going over. Out on the edge you see all the kinds of things you can't see from the centre.
Kurt Vonnegut

GRAVITY FAILED LAST TUESDAY. One tried to take it seriously, a wondrous scientific experiment (and the costliest of all time, isn’t it, at US$9 billion?) that might just show us how it all began. One might wait on it with some fear and trepidation. How small is a small black hole? Does size matter if one is near to the singularity? How long is a piece of string? Things we just don’t know, cannot measure. What really matters?

Someone posits: There is no such thing as ‘mind’ ... There is only ‘matter’ ... ‘Self’ is a necessary fiction. These conclusions come easily once one has thrown the holy child out with the font water.

One wonders just who (a fiction?) is in charge at the European Organization for Nuclear Research, CERN, (a non-fiction?). This is the way the world will end ... Not with a bang, not even with a whimper, but with a dream, and dreams are the airiest of inventions, somewhere in the brain, chemicals. A dream only exists (have you noticed?) when one wakens, leaves it behind. When it cannot be completely retrieved. In Xanadu...

So, we have Elvis and Janis, Jim, Mama Cass and Jimi, Marilyn and Jesus and Jacko coming out of the Large Hadron Collider. Dancing and singing down a dusty pavement that turns to Revelation’s gold beneath their feet. The Time Warp. And clocks run backwards. And Toblerone chocolate bars take wing. That’s my dream. Where I awoke.

O, she doth teach the torches to burn bright!
It seems she hangs upon the cheek of night
Like a rich jewel in an Ethiope's ear;
Beauty too rich for use, for earth too dear!
So shows a snowy dove trooping with crows,
As yonder lady o'er her fellows shows.
William Shakespeare (Romeo and Juliet. Act I, Scene V)

THE PHOTOGRAPH was taken in the 1950s and that’s my great-grandfather John Lavender Crow, and my great-grandmother Jessie Caroline Moon Crow. They were both alive when I was born. Jessie died before I could meet her in person, but I was presented to John Crow for his inspection and approval. I was about eleven years old. When we arrived at his home in Uxbridge (the one in the picture) my great-grandfather was at the pub. We walked to his local and escorted him home. Pubs closed in the afternoon then.

Great-grandfather Crow was a tiny man. My Nan Eldridge, his daughter (he had six sons as well), would not have been five feet tall, and in 1961 she was taller than her father. I suppose he was about my size. It did not seem so short at that time. The leaves were high.

The photograph you see may have been taken to mark some special occasion. Perhaps their sixtieth wedding anniversary in 1953. The photograph turns up in all the family albums. When I visited my great-grandfather I did not take a photograph of him with my Brownie Camera, even though I had the opportunity to do so. I took a picture of the pub sign where we’d tracked him down. I’d been to London Zoo earlier that day and snapped the giraffes and elephants, and not the lions and zebras. Priorities.

John and Jessie Crow had raised their seven children (born between 1895 and 1908) in Battersea, across the Thames from Chelsea. I could tell you the Eldridges lived over the bridge, and my Nan moved to an apartment on the King’s Road in Chelsea when she married Charlie Eldridge, a sailor and friend of her oldest brother, Jack, who was also in the Royal Navy. John Crow was a compositor according to the census reports I’ve seen. I suppose that means he set type. The old-fashioned way, by hand. Like Virginia Woolf did at the Hogarth Press.

I believe my Nan inherited her love of gardening (might I add, her success at it) from her father, rather than from her mother. In 1961 great-grandfather’s garden was well overgrown, though there was a path down the middle of it to a shed or outhouse.

I’m not sure why my great-grandparents got so far into their garden for the photograph. It appears that someone placed a chair in amongst the plants for Jessie and her dog. She seems to be in her best funereal black. I wonder if she was buried in those clothes. (Not in their garden, of course!)

My Nan looked like her father, judging by this picture and my distant memory of the old man. Her mother may not have her teeth in, she looks pretty grim. I’m told she was more fond of whisky than company, and would stay in the kitchen when visitors came, sucking on a bottle. This may be totally untrue, though I rather like the thought of it. She seems fond of her little dog with its strangely human face, so anything can be forgiven her. I wish I knew what the dog was called. The Crows were big on names: My Nan was christened Charlotte Caroline Victoria. Nan’s brothers included a Cyril, a Percival and an Aubrey.

My Nan told me that she’d been named for the last three queens of England at the time of her birth in 1901. Perhaps that was so, but it happens that she was also named for her mother and grandmother.

As short as the Crows were, my Nan’s husband, my Grandfather Harry Charles Christopher Eldridge, was tall. Charlie was rather a handsome fellow with fair skin, and wavy, golden hair (in shoulder-length ringlets when he was very small posing in a sailor suit) and blue eyes. Nan, Lottie, had olive-coloured skin and black hair and eyes. I cannot tell from the photograph or memories of my great-grandfather whether he, or his wife, or both, contributed the more exotic colouring to the family gene pool. My father was like his mother, as are one of my sisters and one brother. I have the lighter complexion and blond, curly hair. Well, when I had hair it was curly. I’m not all that tall. My sisters are shorter, my brothers taller. No telling what will crawl out of the pool on a particular day.

When I look in the mirror I see my father, muddled in with my mother ... another story ... in facial features, if not in colouring. Eldridge. Not Crow. I don’t see the couple in the photograph in my mirror. That’s because my mirror is not full-length. I dare say my more compact body owes something to John Lavender Crow. In the day I wore my trousers with the waist across my nipples, tie tucked in.

Taking a tape to John and Jessie Crow, I can measure them up and down and place them here or there. They are the matter of my life. My mind, if it exists at all, has nothing to do with them. My brain is what tells me I’m hungry, that I fancy a cup of tea (I do, right now), that it is bedtime. My brain processes the thoughts, the memories of the Crows. My brain chooses the keys that I strike to get this down on the page. John and Jessie allowed me a little (perhaps a lot) of the structure of their brains. I am not infused with their spirits, and not with those who came directly before and after.

Philip Larkin said: “They fuck you up, your mums and dads.” I believe he was meaning their treatment of their children, rather than the blue eyes or dark hair. One’s height doesn’t necessarily come into it. One can dye the hair, wear coloured lenses and platform shoes. My self is something of no importance, is it? My self is just a name I borrow for my lifetime, perhaps a postal address.

What matters are the footprints one leaves in time and space. The X one makes on the page.

And John and Jessie Crow come out, down the glittering, golden pavement. And their little dog barks.
Posted by Ross Eldridge at 10:25