And on the Eighth Day ... They Wrote it Down 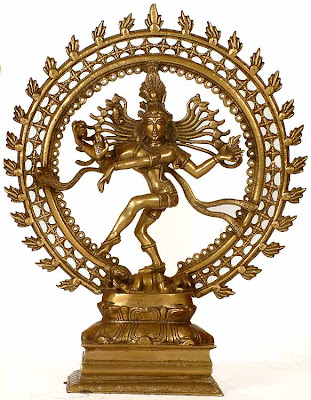 A subject for a great poet would be God's boredom after the seventh day of creation.
Friedrich Nietzsche (1844 – 1900)

Creation destroys as it goes, throws down one tree for the rise of another. But ideal mankind would abolish death, multiply itself million upon million, rear up city upon city, save every parasite alive, until the accumulation of mere existence is swollen to a horror.
D. H. Lawrence (1885 – 1930)

ULTIMATE TRUTHS are those that we reject first of all. It is the Great Lies that one draws to one’s bosom and allows to burn there, a cold confusion, a universal counterfeit currency. I have seen young mothers whispering poisoned verses to their tiny, scarcely-formed children, held up to the crowd: “Tell them you know this [or that] is true.” Sometimes the little boy or little girl struggles and weeps, and refuses to speak, and must be put down to toddle back to its seat. There is wisdom. One hopes that the day or night will come when the child runs outside, stands below the sky, beneath creation, and listens not to its mother, but to all that it observes by eye, ear, taste or touch.

This week it has been reported that the Hubble Space Telescope is studying an enormous green blob in distant outer space. The news reports use words like “mysterious”, “bizarre”, “gigantic” and “strangely alive”, the panic headlines of a 1950s science fiction B-Movie.

The great green blob has a name: Hanny’s Voorwerp. The blob is the size of the Milky Way Galaxy, 650 million light years (each light year is six trillion miles, if you care) away from us, and it is giving birth to new stars as parts of the blob collapse and result in pressure enough to create stars. It’s mostly hydrogen gas swirling about from a close encounter with two galaxies, and is illuminated by a quasar, a bright object full of energy supplied by a black hole.

Ms Hanny van Arkel, a Dutch elementary school teacher, first spotted the phenomenon in 2007 while studying archived photographs. She says that the blob originally appeared to be a blue smudge; now it seems more like a vast green (wait for it!) dancing frog. If that worries you, take a deep breath, Ms Arkel has discovered that the frog not only has limbs, but eyes.

And there it is, creation observed over the past three or four years: A gaseous frog god named Hanny’s Voorwerp spewing stars, lit by a quasar powered by a black hole. If it had not been on the morning and evening news, one might have missed it. Worlds without end (or beginning). Amen.

Let’s talk about sexual creation. Hanny’s Voorwerp is a tale waiting to be told: grand green sex, but it is the business of the religious amongst us to sort that out; I just scribble on Post-it Notes and write a thousand or so words from time to time on what I might have seen or heard in the light or dark. I struggle free from my parent, and run outside in tears having not said: “I know this [or that] is true.”

The Ancient Egyptians were creative and inventive, and wrote things down. Their histories on the walls of their tombs and temples, and on papyrus scrolls that have survived the souvenir-hunting tourists and the uncomfortable, yet looting Victorian explorers, give varying versions of the creation of the Universe.

According to Egyptian tradition, the god Amun [also spelled Amen, Amon and Ammon] existed alone, all alone, in an aqueous sort of world before there were time and times. This First Being was described as an attractively-built, human-like male wearing a crown depicting a goat’s head. Amun’s symbol was the always randy, sexually insatiable ram. The eminent Victorian explorers, scientists and Egyptologists destroyed, damaged and hid references to the Amun creation cult. Here’s why.

Lonesome Amun created the universe sexually. He masturbated and ejaculated into his hand, drank his own semen and so impregnated himself. Following this monotheistic sexual act, Amun spat out Geb, the (male) Earth-God and Nut, the (female) Sky-Goddess, who then copulated heterosexually and produced the rest of the gods and their mortal offspring. That’s the way they saw it.

The Egyptian Pharaohs with their royal wives would re-enact Amun’s creation, the Pharaoh of the day would get inside a hollowed-out statue of Amun, including a hollow penis, and go to it.

You might find, in your research, that the First God was called Atum rather than Amun, and after ejaculating directly into his own mouth he spewed out Shu (male) and Tefnut (female), the rest of the story is the same.

The Egyptian priestly class was not the only one to act out the Creation Story. I myself have attended a session in a Mormon temple [in St George, Utah, if you care] which featured snakes and altars; Adamic-language chants; really strange, mysterious, bizarre clothing; signs and symbols (Mormon temples have been called the International House of Handshakes); lights and mirrors, washings and anointings. There are suns, moons and stars and many gods. This is called “Temple Work” and is considered to be surrogacy. One of the Mormon Holy Scriptures, The Book of Abraham from The Pearl of Great Price, was [Joseph Smith said] a translation from an Egyptian papyrus retrieved from the wrapping around a mummy in a travelling road-show. The Mormon Temple Ceremony is not quite as interesting as the Amun offerings would have been, but you are just as knackered after two hours of it. 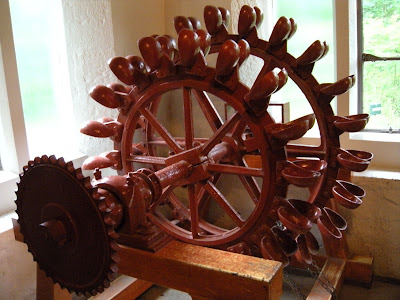 We have scientists that postulate a creation from a Big Bang. From nothing to everything in almost no time at all (there being no time). This is akin to Amun, is it not? There are many religious folks who consider any form of science to be sinful. In fact, they consider anything outside the Christian Bible to be the work of the Devil. Never mind the Bible is convoluted, confused, contradictory and badly constructed. The latest translations have even destroyed the glorious language of the King James Version. Christian sects are at war with one another. A preacher threatens: “Tell them you know this [or that] is true. Or it’s hell for you!”

Run outside, boys and girls, and take your parents and grandparents. There are tadpoles falling from the heavens, and the sap is rising.
Posted by Ross Eldridge at 16:31