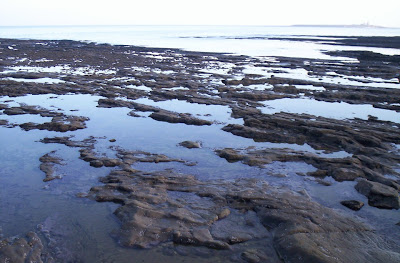 SEVERAL MORNINGS AGO I stepped into my shower a Heathen. I washed myself, shampooed my hair, rinsed off the soap, and turned off the water. When I pulled the shower curtain back, I was still a Heathen (a clean one at least). Stepping down, I immediately appreciated that my bathroom floor was wet, very wet. Not just puddled, but under two inches of water, and this seemed to be rising. The Heathen paddled across to the bathroom door, up a slight step, and across the hallway. Every towel in the top of the wardrobe went onto the bathroom floor, along with the spare bathmats. Somehow, the Heathen won the battle; the dripping towels went into the laundry basket and then off to the washing machine in the kitchen.

The Heathen, which is to say the Writer, had dabbed at his wet body while flinging towels about, and was able to get dressed. On with the central heating to get the floor quite dry.

An experiment: A jug of water poured into the bathtub bubbled up through the space between the bathtub’s housing and the floor. Here was trouble.

I had cursed a blue streak, but calmed down enough to phone my landlord for advice. Unfortunately, he was out of town due to a family emergency. I figured I would wait a few days and make do with my bathroom sink and the hose from the shower, which could be used there.

When I was a boy, at my Nan’s home in Kent, and at my Mother’s family home in Lancashire, we did not have indoor plumbing. In the morning, Nan or my Auntie Maud would pour heated water from a ewer into a bowl on a washstand in my bedroom, and I would bathe in some fashion that way. The small child does not usually smell as much as someone does at my present age. Using my bathroom sink, I have washed myself incredibly thoroughly for the past few mornings. I had no complaints.

I shall tell the reader now, the first time I have told anyone, that my Mother, who lived most of her adult life in Bermuda in a house with good modern plumbing, never, ever, had a bath or a shower. She washed at the sink. Might she have been afraid of water? I never knew. In her last few years, she could not bear to be in a room with a closed door, and that included the bathroom. It was rather discomfiting. Her bathroom door faced across a hallway to the living room. One had to make excuses ... I think the dog needs a walk ... privacy should go both ways.

Was the Heathen, the non-believer, to be flung into the world of his grandparents and peculiar Mother, when it came to bathing in October 2011? For a few days it was interesting, gave me something to think about.

Yesterday, I had had enough. Was I getting all the shampoo out of my hair (the few strands remaining)? Could I be sure I was not malodorous? I was also missing the physical pleasure of a hellishly hot shower.

Then, last night, I dreamed that my Mother was telling me about a bolt in my bathtub drain. I doubt that my Mother had any knowledge of drains, taps or pipes or the nuts and bolts that hold them together. How did she get into my dream with the explanation that a bolt had fallen down my drain? I know so little of plumbing myself; I could not invent her words (could I?) I should point out that Mother passed away over 19 years ago, and has never appeared in my dreams with helpful hints.

I told a friend here in town about the bathtub drain, and he brought over two small washers. Told me he thought there would be a bolt somewhere below the drain and a screw passed through the washers would restore the drain. Well, the Heathen was not too much of a believer.

This evening, on my own, I shone a torch down the drain after lifting off the sieve plate, and way down I could see a metal ring with a ... wait for it ... bolt through the middle pointing up. It was awkwardly distant to be reached by fingers or pliers, but I had the sudden thought that a fishhook on a line might be lowered into the drain and the device below snared and pulled upwards. As if I had a fishhook and a line! However, after hunting through the many drawers and boxes in my flat, I found a long twist-tie with a thin metal centre coated in plastic. I bent the end to make a hook and lowered it into the darkness of the drain (impossible to manoeuvre a torch at the same time) and, praying “Please!” to no god in particular, pulled upwards. The hook had latched onto the bolt and its ring; it came up to the bottom of the bathtub. I quickly unscrewed the bolt, took off the corroded and worn washer on the end of it, dropped on the new washers, and screwed the bolt down again. This pulled everything tightly together.

The Heathen, with his dream, his Mother, his friend and (his luck?) had fixed the drain. He dared to run the tap for a good long time, and no water bubbled out from below the tub.

When I was younger (but older than I was at my Auntie Maud’s) I used to find religion, hints of God, in both major and minor events. The night sky might make me tremble and so might a few minutes of listening to sitar music. Words, especially, could turn me on. Words still turn me on, but they no longer seem to turn a god on. Not the way they did in the 1960s. I took drugs to try and find the way to God.

That said, I recently watched again, after a few decades, the television series “Cosmos” written and presented by Dr Carl Sagan. I recalled reading that Sagan, as he was dying of cancer, had pretty much decided that there was no God. When I read that, years ago, I was surprised. As a Heathen, watching the series from start to finish over a few nights, I had to ask myself how Sagan could have dismissed God while speaking of so many wonders in the Cosmos.

The works displayed so wonderfully by the firmament that Sagan wrote and spoke of had me thinking that maybe I had it wrong. Maybe there is a god, even a God.

“That the Mormons assume a right exclusively to the benefits of God will be a lasting witness against them, and the same will it be against Christians.”
Thanks to William Blake (1757 – 1827)

For me, I think the main difficulty with a belief in a deity is that people tend to create Him (or Her) in their own image. This exclusivity extends beyond the worship service, beyond the sacred image, beyond the promises attached to this or that god. The True God and his True Church (for there must be one, if just to collect tithes and offerings) can only succeed when all opposition is crushed. There was never a god that whispered to the prophets: “Tell the people to pray as they will, do as they would, be what they wish.”

At the present time, there is a run-up to the Presidential Elections in the USA. A year from now, Americans will elect a leader. One of the Republican candidates is a Christian, we are told, of the Evangelical bent. Another Republican front-runner is a Mormon. The Christians, the Bible Believers (dare I say Bashers?), are getting the word out that Mormonism is a cult, not Christian, and that a Mormon President would surely lead the country into the jaws of Hell. The Mormons, by the way, believe that when the American Constitution is “hanging by a thread” the Mormons will take over America (and eventually the world) and rule for the Mormon god(s). There will be a political kingdom of God.

A True Christian, and a True Mormon, cannot believe outside their particular Catechism.

JFK was elected President despite (we must assume) adhering to Roman Catholic doctrine, which differs from that of our Evangelical Christians almost as much as Mormonism. Except, so far as I know, the Pope was not pulling strings.

Mormons in their meetinghouses vote to sustain their church leaders by the sign of the raised hand. I have never, ever, seen a hand withheld, much less a hand raised in opposition, no matter how difficult a decision. Simply, the members vote for the candidates that the Church leaders tell them to.

Do not expect the voters in Utah to sing the praises of Barack Obama, the Democrat, or Rick Perry the Republican Christian. Utah Mormons (and those elsewhere) pushed The Osmonds to the top of the pops 30 years ago, and Brandon Flowers of The Killers is repaying his fan-base by backing the Mormon Republican Mitt Romney for President in 2012.

I would not back a Mormon candidate for high office because I know a little about Mormonism, and a good deal about what True Mormons are expected to believe and do. Mormons are expected to withhold information that might put their church and its leaders in a bad light, indeed, they can lie and it is quite all right. They do lie. I have lied for them and with them.

As I stood in my flooded bathroom the other morning, sending up the sort of prayer King Canute might have, that Noah might have, I did not really expect an answer. Dreaming of my Mother and the bolt in the bathtub drain was rather odd, and finding my answer in the dream was even odder. I am not going to found The Church of the Flood (that would be a very catchy name, of course) and get religion. I might put the clues together, admire the firmament, and feel comfortable with the casual thought that someone or something, billions of years ago, released everything into time and space, and that matter and energy flooded outwards in every direction. Did someone or something create the laws of nature, of physics? Perhaps they were inherited from an earlier incarnation. Let it roll.

The Heathen is enjoying his shower again. This is a rainy day outdoors too. Bless the drain that works!
Posted by Ross Eldridge at 13:01

Hope you are doing great and hope to read you soon. I miss your posts. Please Visit: