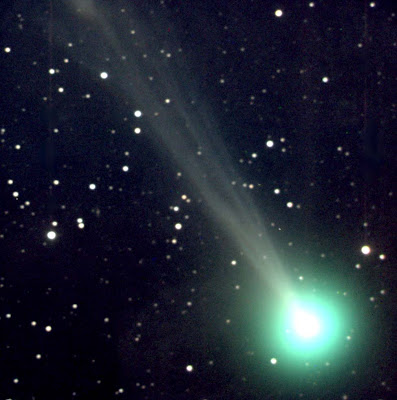 Living is easy with eyes closed
misunderstanding all you see.
It's getting hard to be someone
but it all works out.
It doesn't matter much to me.
The Beatles (Strawberry Fields Forever)

HIS FATHER WAS A REINSURANCE ACCOUNTANT: He knew this for a fact. The memory file said so. He could open the file any time he wanted to. His Family. And his mother worked in a second-hand bookstore. His Family. Two brothers, both lawyers. A sister sold fragrances in a little shop somewhere exotic with lots of sunshine. A grandmother had lived to be over a hundred years old. Another grandmother died when she was quite young. It was all in the file. Along with photographs and film footage. There was Dad boarding the morning commuter train to go into the City, briefcase-cum-laptop at hand. Mum drives home from the station. He knew she collected her husband at 5.45 each evening. Met the train back from the City.

All this information at his fingertips, and yet it seemed so like a dream. It was not real, no matter how certain it was. It had fuzzy edges, somehow. No matter how perfectly aligned, designed and defined the pictures were.

Christopher Heap took a breath. A deep breath. There was a rush of cold air onto his face. This made his eyes water briefly.

With his right index finger, Christopher depressed a switch, the same switch he always felt for when the pictures came, and his chair back moved more upright and he was able to look directly ahead.

The train, the station, Dad, Mum, none of them were in the picture now. Christopher was looking at a clear night sky, towards the north. Always the north. Ursa Major ahead and about forty-five degrees above the horizon, and Polaris just there. Always. A comforting feeling. Familiarity breeds contentment.

The young man was lying in a field, his back against a bale of loose hay, and the air was cold. He appreciated his warm clothes. Cold air on his face. He pressed his switch. And it was morning.

As suddenly as sudden can be, while still seeming real, the sky was lavender and gold, and dark trees grew paler green on the edge of Christopher's field of view. The switch. In the conservatory now, cold toast in a rack on a tray directly in front of Christopher's chair. He pressed his switch and became more upright. The trees on the ridgeline were partially obscuring a row of houses. Just like the house he knew he was in. Must be in. The morning sun caught panes of glass here and there. Stars in the daytime sky. All just ahead. Stars.

Christopher reached for his toast. On the tray a small white plate with a blue line around the outer edge, and five pats of butter, all perfectly formed, two centimetres square. Always. A small silver knife. It must be real silver. Heavy in his hand. An "H" engraved in the handle of the knife near the top. He buttered one of the five slices of whole wheat toast. The jar of Ruby Grapefruit Marmalade was there too, a silver spoon with the "H" cut into it rested gently inside the jar. Christopher spooned a little of the fruity mix onto his first piece of toast. The taste, he thought, was divine. That was the word that came to mind. Food of the Gods. Might he be a god?

Christopher Heap finished his last slice of whole wheat toast and wiped his fingers, slightly sticky, on a linen napkin on the tray. Then he pressed the switch in the right arm of his chair and the chair back relaxed and he gently assumed the position that he would sleep in. The switch. Sudden night. Speed, a sensation of great speed. The pinpoint stars in the sky became elongated strings of light, flowing past and behind the young man. He became comet-like in the darkness.

Warm air flowed over Christopher's naked body. It seemed to relax him even more than he had been, and his was a life of total relaxation. He closed his eyes. Depressed his switch.

The sphere hurtled across space with Christopher asleep at the switch. He'd wake up again in five years' time. Toast and Ruby Grapefruit Marmalade. Cold air and warm air. Memories of Dad pushing his way through a group to get on the train. Mum waving goodbye from the platform. Smiles.

But what in the world is reinsurance? What are books?

Christopher's memories were the stuff of dreams: A manufactured fiction. A blend of shapes that fit. Beyond his control. Still, they existed. They were as surely part of him as his switch was the main part of Christopher's life and work.

The new version man. Physically fit. Skin that cleans itself. Hair that grows just a little then rests. The years pass and the young man remains young. There is no degeneration, no need for regeneration. Not at that speed. Christopher Heap is genetically modified for his trip to the stars.

Christopher is not alone out there. Many young men have been pulsed at speeds approaching that of light energy, in spheres, in every direction, aimed away from the planet we call Earth. Men were chosen, not women, because the human species must not be corrupted should the travellers make contact with other beings.

Christopher does not know all that. He does not need to know. Such things could worry a young man every five years when he wakes for toast and watches a pale sunrise.

Christopher does not know that in the year 2155 the population on the Earth had so dwindled due to built-in corrections in the human genetic code: Shorter life-spans, but more accessible minds, fewer successful conceptions, but healthier children, innate ability combined with an unusual dexterity so that machines became truly the works of artisans, as well as works of art.

It was time to go abroad. To show off a little. The human species needed to breed with other species. It would not be proper to welcome an interbreeding with the fine young women on the Earth should visitors arrive. Women were sterilised at birth. It was the young men that had to pulse out from the Earth and streak across the darkness to distant stars, distant planets spinning around stars, distant lands on distant planets.

Christopher Heap took a breath. A deep breath. Another five years had passed. He shouldn't be worrying, but he was. While he was eating his toast, he was wondering what in the world reinsurance is, and what books might be. What he was, exactly, didn't concern him at all.

Email ThisBlogThis!Share to TwitterShare to FacebookShare to Pinterest
Labels: story

This is fabulous, Ross. I really enjoyed reading it. Reinsurance... I love that whole concept.

And that photogrpah! Amazing! I hurts my eyes to look at it too long. How did they DO that?