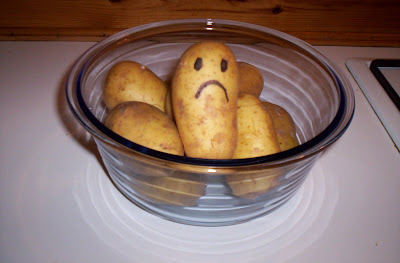 His lord answered and said unto him,
Thou wicked and slothful servant,
Thou knewest that I reap where I sowed not,
And gather where I have not strawed:
Thou oughtest therefore to have put my money
To the exchangers, and then at my coming
I should have received my own with usury.
Take therefore the talent from him,
And give it unto him which hath ten talents.
For unto every one that hath shall be given,
And he shall have abundance:
But from him that hath not shall be taken
Even that which he hath.
St Matthew 25: 26-29

I HAVE JUST BEEN WATCHING a few former banking executives in fine suits answering questions at the House of Commons. This quizzing is a committee of enquiry into the collapse of the banking system in 2008, a system that is still swaying and subsiding, despite a vast input of public taxpayers' funding to prop it up. The Members of Parliament can invite these bankers over for a chat because the Government is suddenly very involved in banking matters. You knew that.

The four former bankers all apologized without reservation for the huge losses their banks made for depositors and shareholders. At least one banker pointed out that he'd personally lost money on his investments as well. He'd held shares in his bank. I imagine, companies being what they are, that some of those shares were part and parcel of bonuses for a job … well … done, even if, as we now know, it was not done well.

The bankers have said they are sorry, and that they obviously made some mistakes, but so far as I can tell not one of these gentlemen has said what exactly the mistakes were. Bad investments. Certainly. But isn't the problem that force that drives a banker to invest in risky ventures? Wasn't the mistake simply succumbing to greed, avarice, lust? Wanting too much. More than you can cram into your mouth at once.

The accountants at any big business answer to the senior executives, who answer to the Board of Directors. In theory, the Directors answer to the Shareholders, but … in my experience (and I'd best write from my experience) … the Directors of the company worked for each other. They tended to own or control large blocks of shares and the rise in each man's personal worth (perhaps I should say wealth, for worth suggests value and that was not always present) was important.

The small shareholder received his small reward; the tycoon had an extra glass of Bolly.

When quarterly pamphlets were posted from my employer I was usually roped into stuffing envelopes and sorting the items by country. I worked for a huge international firm that operated in 130 countries and probably had small shareholders in many, or even most, of those. I only ever received one complaint. A pamphlet had been posted to the President's wife, she held shares too, and there was something visual about the envelope or pamphlet inside, a smudge, the address label crooked. Something silly. She raised hell. The President raised hell. I didn't give a hoot.

The President's wife did not complain about the numbers in that quarterly report, for they were a given. The company's directors pretty much promised a 15 to 20 percent rise in profits, year on year. We even created five-year forecasts of straight-line graph results. Like the flight of a jumbo jet taking off from Bermuda's airport, up over the fence at the end of Kindley Field and off into the clouds. That was the bottom line.

How can you do that? In our case, we fiddled reserves, salting away tens of millions of dollars against a bad day during the good times: A bit like Joseph in Egypt, saving in the years when the harvests were good against the years of famine. Only we did it with pencils and green accounting pads.

Creative accounting also included remarkable transactions to maintain the consolidated US Dollar equivalent value of real estate in foreign countries. The theory being: The US Dollar equivalent value was something that could only hold or increase, never decline. Never mind real property values on an island on the Pacific Rim. God help us if property values might ever plummet.

There were other tricks of the trade, like moving chunks of bad business to the books of one subsidiary where taxation might be a factor from a subsidiary that had not a great deal of worry from the taxman. All done on a multi-columned sheet in Head Office, really. A multi-national can do that sort of thing.

I didn't work for a bank, though the insurance giant I did work for owned a few banks. It seems that becoming international makes the longing for regular, almost boring, growth even more important.

What might one suggest? Perhaps one should grow potatoes and sell them in the fine weather, but save some, hold them back from the shop floor each day, and at the end of the growing season you'd have many bags of potatoes in the cellar which you could bring up in the hard months and sell for a somewhat inflated profit owing to the demand for out-of-season vegetables. It makes sense, it really does.

Or should one be somehow up-to-date with one's accounting and sell the potatoes when they come from the field, but have a different, timely, crop grown for sale in the next accounting period? Tomatoes, perhaps? And in case either crop should have a dodgy quarter, grow parsnips and broccoli and sprouts, a few extras as reinsurance? Should one do that? And it might be a good idea to get a few hens, a goat, no two, cows, sheep, hog futures. Get somebody else's critters on spec. It makes sense.

Suddenly you've got so much in the pot that you're banking a fortune. In your own bank. You bought one when you needed that security.

I'm sounding like a capitalist, and I suppose I am. However, I feel one must not seek the sort of success I've suggested just to make some enormous bonus out of all proportion to the day-to-day lives of the people that matter. Why should bonuses be necessary at all? A good day's pay for a good day's work. Surely?

Offices may have denim days, but the suits still have those suits from the great fashion houses and the kid at the photocopy machine is threadbare. Sad bastard doesn't even have a tie.

What would you do given the state of the world's economy?

i'm sure wishing now that i was better at gardening. this year i've got figure out how to fend off the stinkbugs and make my little patch produce.
things here are going to get WAY worse before they get better.
:/ khairete
suz

I just read ... Kaolin clay dusted all over your plants ... Best thing is to find out what predator might eat your local bugs, and somehow get some living in your vegetable patch.

Crap, the Been evening news just said we've got more snow arriving tomorrow. I've done all my week's errands at least, but ENOUGH!

The sun, when it breaks through, is finally higher than the neighbouring rooftops and after two months I have direct sunlight on the flat. Cailean looks for it on the carpet and curls up in it.

Anyone else have a remedy for Suz's stinkbugs?