Ode: To Peace in a Podcast 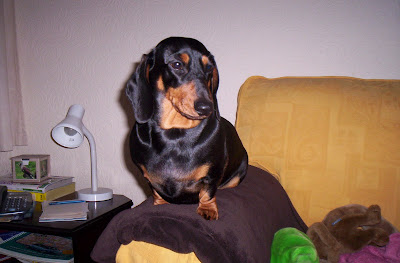 I USUALLY TURN TO SHAKESPEARE for an opening quotation. I’m writing about Cailean’s second birthday, and I may have other canine pet stories, so I searched for a line or two featuring the word dog. My first search gave me almost 200, and not one was complimentary to dogs. Nearly all were put-downs of men, comparing them, unfavourably, to dogs.

Perhaps Shakespeare had bad experiences with dogs. Barking during performances at The Globe, fouling the pavement outside his lodging house. Might he have been bitten? Did a puppy chew a favourite quill? And it may be that dogs were mostly street creatures (completely wild or bear-baiters), except for those at Court (and those bred to hunt). One routinely sees lap-dogs in paintings only after Shakespeare’s time, I believe.

If not Shakespeare, then who might give me a good line? William Blake’s “A dog starved at his master’s gate / Predicts the ruin of the state” came to mind. Clearly Blake had a higher opinion as to the worth of a dog. Good man!

And I recalled photographs of Dorothy Parker with her black, standard dachshunds. Ms Parker lived in hotels most of her adult life and her rooms, apparently, were rather filthy thanks to her pets and her reluctance to walk them, and clean up after them promptly. Dorothy Parker is usually a quotation mine, but the only one I could find (above) is about dogma rather than dogs.

A dogma is, briefly, a belief, a principle or an opinion, or all of those. We tend to associate dogmas with religion, and religion with peace and love. Religious dogma, to my mind, has been antithetical to peace and love. I took history courses at my grammar school, and I watch the television news.

A dog is, briefly, what you make him. I suppose one could train a dog to act on one’s dogma, but you could not train a dog to seek out, say, Muslims, by any means except the outward observances of their belief. Clothes, perhaps. I thought of Muslims because many of them find dogs unclean somehow, that's part of their dogma. Give any man a stick and a dog will be nervous, give a man a smile and a dog will likely wag his tail.

Today is 24 February 2010. It is very nearly my Cailean’s second birthday. He’ll be a two-years-old on 8 March. If that seven human years for one dog year holds, he’s a teenager.

This Barking Mad in Amble by the Sea Blog is nearly always written with Cailean next to me. Sometimes he will put a paw on my foot, and I’ll find he’s looking up at me. When the blogging takes a long while, there may be a toilet break required. Cailean always asks to go outside, something all my other dogs did not always do. You are going to meet them.

Happens that I have a fairly good memory and recall that when I was a boy we had an American cocker spaniel, a pretty, pale-gold, spayed female that we called Shammy (being short for Champagne, her colouring). I actually remember that Shammy was born on 24 February 1960. That’s 50 years ago exactly today. I didn’t see the new-born, but chose her from the litter about two months later. My father took me, which is interesting in that he didn’t live with us, and we rarely saw him or heard from him. I suppose he paid for the puppy. He did name it. We celebrated our pets’ birthdays modestly (we didn’t have birthday parties for ourselves) and that may be why I recall Shammy’s.

Shammy came after three short-lived spaniels. Tony, Sheba and Sherry left the safety of the garden and were struck by passing vehicles. They appeared in photographs, and I remember Sheba who brought a pullet to our back door (we lived near a farm) and who dragged her shattered body to that back door and died there. Sherry was with us only a few months, a black spaniel, her body was removed before we got home from school.

In 1971, after Shammy’s loss to cancer, I bought an English spaniel, white and orange, long legs, and as pretty as she was dim. I called her Lexi. I also was given a grey tabby kitten, Pudding, and they lived peaceably, both sleeping on my bed most nights. Lexi died of cancer in 1981, and Pudding lived until 1990, a good innings for a cat.

Aleks, my first miniature dachshund, was born, in England, on 19 October 1996. He was dappled chocolate, cream and silver. Aleks, unlike the spaniels, subscribed to a dogma of forcible intervention whenever anyone approached me. No matter how well Aleks knew someone, if I was in the room he’d get between me and the other person and bark, and even snarl, though he never bit anyone. Eight years later, Aleks was stolen and died horribly. He may have been an irrascible little fellow, but he was devoted to me. His death was heart-breaking for me.

And now Cailean (as my seventh dog, he was nearly called Septimus) is two-years-old. His nature is the opposite of Aleks’s. Cailean has friends everywhere, and knows where they are. A walk down the main street must involve Cailean looking in many doorways. Some shop-keepers (and the postman) have dog biscuits.

Cailean likes visitors, and gives them plenty of attention if they want it. Now that he’s grown up he has bursts of energy, but is content to sleep on the sofa next to me, or in his bed under the desk (at this moment). When he was younger he’d run around like a rat on crack, but not so as to damage anything, and with a look of joy, ears flapping.

Cailean has never mastered the art of jumping onto furniture. He waits to be lifted up. He will jump off the sofa, but not off the bed. Dachshunds, of course, should not be jumping. His favourite game at present is flinging things from the sofa for me to fetch for him. A twist on the game most dogs subscribe to. He has many toys, and the stuffed meercat gets most attention just now, along with a large hard-plastic ball that is weighted so that it rolls off by itself.

Cailean likes his walks, and riding on the bus (he sits on my lap). Excursions are an opportunity to be waggy-tail. He’s wary of mobility scooters (who isn’t?) and, as he’s very small, I have to be careful if he’s on crowded pavements. Children, almost without exception, come running up to Cailean saying: “A sausage dog!” (In Korea he’d be a dog sausage ...)

Will I have a party on 8 March? Neither of us should be eating cake! However, I think I might manage some chicken.

I could not, for example, tell Cailean to keep the Labour Party candidate from the door, or, unfortunately, the BNP people. Aleks would have seen either off, and the Archbishop of Canterbury too. Aleks wanted me all to himself. Aleks was dogmatic: assertive over matters that might be unproven. Cailean wants a party, all are invited. Peace and Love. I must judge who is acceptable. I have to work the velvet rope and his leash, be dogmatic.
Posted by Ross Eldridge at 14:21

I loved the play on words in this one: dogma, dogmatic, as you dogged your way through this wonderful reminiscence, Ross.

My basenjis past their one-year mark with us, and I have yet to write about it. (Without ISP service, as you know.) I should mark the year formally, as you have here. This month also marks the month that our beloved Kasha died such a tragic death one year ago. Life is a give and take as dogs have a hard time with it, as well. It took our older dog, Campeón, a long time to recover from her death, but he now loves the little dogs and often plays with them the way he used to with Kashie. Her grave was in full bloom with yellow canna lilies on February 18th, and the Kasha tree (she was named after) is growing tall and strong over her. R.I.P. Aleks and Kashie.

I enjoyed this walk through dogdom, Ross, although, I deeply feel the loss of your Aleks... because of the awfulness of it. All pet deaths are sad, but that was awful.

My father, dead six years, or maybe seven, left behind a journal in which he did something similar for his pets as you do here.

Oh geez, add a P to uts in my previous post.