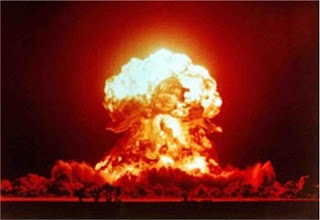 IN OCTOBER OF 1962 a group of young girls with their dance teacher drove up to the main entrance of the United States Air Force Base in Bermuda. The mini-bus paused at the gate and the guards, who seemed to be on high alert, surrounded it. There was a great deal of fuss, questions were asked over and over, the armed soldiers were clearly most anxious about these young visitors in their leotards. On the side of the mini-bus the words: THE BERMUDA SCHOOL OF RUSSIAN BALLET.

This was the fortnight when politicking and posturing by three very different world figures with troubles at home brought the world rather close to nuclear war. The Americans had recently put intermediate-range ballistic missiles with nuclear warheads in southern Italy and Turkey, all aimed at the Soviet Republics. In the spring of 1961 American forces and Cuban exiles trained by the CIA had attempted to invade the Caribbean island of Cuba and had been turned away by the troops of Fidel Castro and Ché Guevara (a clear embarrassment for American President Kennedy). In the USSR, Nikita Khrushchev was struggling with domestic policies including difficulties with agriculture. Hungry citizens are rarely happy. Khrushchev was aiding the Cubans, glad of a client state near America’s underbelly.

Kennedy, Castro and Khrushchev were all flawed and dangerous. If religion may be said to be dangerous, this was in part the committed non-religion of the atheistic Communists. I’m not sure that the Kennedys preached their Catholicism as most Americans were a different kind of Christian and didn't seem to trust Papists. One wonders if Kennedy dreamed of restoring Catholic leaders in Cuba, and dreamed of getting praised by the Pope for doing so. Who knows? We know Kennedy lied and cheated. Khrushchev had to tell a few fibs to keep his position as Premier of the USSR. Fidel Castro may have been the most open and honest just then.

So, in October of 1962 the USSR shipped intermediate-range ballistic missiles to Cuba and got found out. Castro, in the style of the totally mad revolutionary you’d think could only exist in bitter comedies starring Peter Sellers, wanted the Soviets to make a pre-emptive nuclear strike against the USA, even though it would certainly mean Cuba being wiped off the face of the Earth. Think about that: Annihilation is good for the Revolution!

Armed submarines set sail, and aeroplanes flew about, with nuclear-tipped devices. The guards at the gate at Kindley Field in Bermuda stopped the School of Russian Ballet mini-bus and worried about little girls not yet in their teens armed only with slippers. And I cannot say that much of this registered with me. I met some of those ballet students a few years later and heard their story. We laughed at it all.

In the 1950s I had seen photographs and film of nuclear explosions. Those wonderful mushroom clouds. The British were setting them off on atolls in the Pacific, I believe. The Americans would light up the sky in Nevada. I would, years later, come across the Down-Winders in southern Utah who had been bathed in radioactive fallout as their military practised the extermination of humanity in the desert to the west. One finds it hard to believe that the devastating effects of radiation could be so conveniently ignored. Was it for the common good?

There is something rather exciting, amazing, about the cloud an A-Bomb or H-Bomb can kick up. There’s art in it. There is natural art in a tornado, in a tsunami, in a landslip. But the nuclear bomb is our invention, and we drop it, or bury it in the sand, having set the trigger and moved sharpish to one side. In the 1950s I recall fabulous sunsets, courtesy of atmospheric nuclear tests. How could a young boy be fearful of that? I never sensed guilt at Hiroshima or Nagasaki in the conversation of my elders.

Despite Castro’s malicious goading, Khrushchev did a deal with Kennedy. The missiles were taken out of Cuba and the Americans removed their missiles from Turkey and southern Italy. Kennedy kept his part of the bargain secret, and that made Khrushchev seem to have lost the face-off. Khrushchev was removed from office a couple of years later. Kennedy was unpopular enough in some circles (those conspiracy theories continue today) to take a bullet. Fidel Castro was condemned to a half-century in fatigues. I don’t think even the Russians took Castro that seriously, and he was a constant drain with the need for foreign aid and only the Communists willing to give it.

One woman, it is said, links Castro, Khrushchev and JFK. Lady Jeanne Campbell - daughter of the 11th Duke of Argyll, granddaughter of Lord Beaverbrook, and grand-niece of Queen Victoria’s daughter Louise – was a socialite and foreign correspondent for the Evening Standard. Lady Jeanne was, apparently, the intimate of the Cuban, Soviet and American leaders. Some claim she was the lover of all three. It’s a wonderful story, if true, and would make for a great film plot. In fact, even if it is a fantasy, it would entertain. One of my cousins is married to Lady Jeanne’s daughter. (Her father was American author Norman Mailer who was the subject of FBI monitoring for 15 years after J. Edgar Hoover decided Mailer was a possible Communist sympathiser.) My grandmother rather liked Lady Jeanne, not at all concerned by the exotic history. She also liked Norman Mailer, who was only briefly married to Lady Jeanne Campbell.

I was living in the history of 1962 without being aware of it. My friends from the Russian Ballet were closer to it, but hardly alarmed. Their mini-bus was cleared at the gate and went through to complete whatever business they had on that patch of the USA in Bermuda’s East End. I was told the story in 1965.

Almost fifty years on, we have a few rogue nations, and some dodgy friends, with some nuclear capabilities. Bush and Blair lied about Iraq. However, we do have North Korea – a peculiar, family-run state where the millions seem to take no notice of their fearless leader’s dubious sanity. Kim Jong-il is a nutter. Kim has nuclear devices and missiles, though not many of them. North Korea could take out a very large, populous city in that part of the world. The thing is, the reaction would involve countries with far greater military force. And I suppose that is a cloud I must live under. We all must.

If one is to fear something, best to stick with the knapsack left unattended on the platform at the village station. Report it if necessary. It may just contain history.
Posted by Ross Eldridge at 12:58