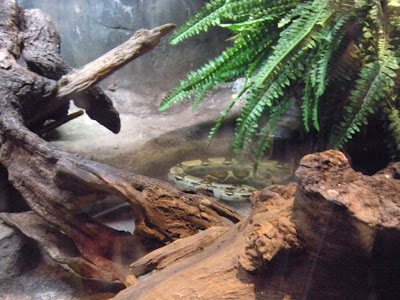 And the Pharisees said unto him, Behold, why do they on the Sabbath day that which is not lawful?
And he said unto them, Have ye never read what David did, when he had need, and was an hungred, he, and they that were with him?
How he went into the house of God in the days of Abiathar the high priest, and did eat the showbread, which is not lawful to eat but for the priests, and gave also to them which were with him?
And he said unto them, The Sabbath was made for man, and not man for the Sabbath:
St Mark 2 : 24-27
Therefore the Son of man is Lord also of the sabbath.
St Mark 2: 28

THE MASTER OF THE HOUSE sat at the western end of the very long table, his wife sat at the other end, facing him over the top of a silver cockerel centrepiece. The guests sat along the sides, facing each other. It was the mistress who was situated near the switch hidden under the carpet, and she could depress this with her foot and alert Dinah in the kitchen to the needs of the diners.

The courses were brought out, plates and platters and cutlery delivered up and removed, all controlled by the bell. Dinah prepared the food and served it silently, and the dinner table conversation was not interrupted. Dinah wore a uniform and soft-soled shoes so as not to disturb anyone.

I had fairly long and shaggy hair, and a reddish beard, and tended towards inexpensive clothes seen on sale in shop windows anywhere from Hamilton's Front Street to a High Street in England, and dear ties from Liberty of London’s archival collection.

The hosts’ daughter had invited her boyfriend, who was my close friend, and a few others to dinner. We had started the evening with drinks on the patio below the swimming pool, water splashing down through a dolphin's open mouth into a small fish pond. The younger folk chain-smoked and talked politics a little and Jesus a lot, and then moved on to Virginia (Woolf) and Tom (Eliot) and Vincent (van Gogh) who we all knew on a first-name basis.

We painted and wrote poetry. Pictures and words that seemed rather over-interested in embryos unborn and also adults in the womb, and angels falling, head first, to the Earth. I do not recall pictures of well-born, upstanding, healthy children or men and women. I cannot recall any angel rising to an occasion. Our pictures and words turned everything upside down. The colours tended to swirling purple and scarlet backgrounds and pasty flesh. Our generation was seeing this, I appreciate now, looking at old album covers. We painted and wrote with loud music playing, the sleeves of the records littering the rooms. I dare say much of the music was dark and mysterious at the time. Revisited, the music just might have been muddled.

I don’t ever recall drinking beer with my friends. It was not that I disliked the taste (I still cannot stomach it), we simply did not drink the stuff. We drank spirits, fancy cocktails if we could locate a bartender, Bacardi and Coke if we were at home. We did drink and drive. I never thought twice about hopping on my scooter after several lethal swizzles and some pills.

The first time I voted in a General Election (this in Bermuda) I went to the campaign headquarters of the political party that could best be described as Conservative in Britain, or Republican in the USA, after the polls had closed, and waited for the results to come in. No computers, no texts, just telephone calls from the counting places on the Island. And at some time after ten o’clock that night the man who would be Bermuda’s new Premier came into the room where many of us had gathered and said we had won. Actually, he seemed to be using the “royal plural” it seemed to me then. The man was not only the new Party Leader, but the first black Premier in Bermuda’s history. The whites had elected him in an unequal electoral system, the blacks did not celebrate. My father and my mother’s parents were not terribly fond of people of colour and did not know what to think.

In Bermuda, about forty years ago, the names of the ruling families were the same as sixty, eighty, a hundred, two hundred years ago: White families with considerable business interests, from banking to law to clothing to fine crystal. If you look at the roll in Bermuda’s current government, those same surnames appear. But something has happened: The leaders are black, they are the descendants of the slaves owned by the former white leaders, slaves who took their masters’ names. The blacks ruling Bermuda now are, for the most part, of a political sort that one might call Labour in the UK, or Democrat in America. That said, it should be pointed out that the successive black Labourite governments of the last thirteen years in Bermuda have lived well. Champagne Socialism in its most simple form. A small and newly privileged ruling class literally drinking champagne and having a Party-party at every opportunity, never mind recession or political morality. The only way such a clique can remain in office is to keep the voting population naive, to fool most of the people all the time.

In the past decade Bermuda has lost its tourism industry: The lovely hotels have gone and now cruise ships stop briefly so that passengers can buy a t-shirt manufactured in China and a fridge magnet, and go to the beach by bus if the weather is good (and if the buses are running). Something else has happened: Bermuda is now convulsed by gang warfare. In the eight months since 2010 began, seven people have been shot to death on the streets of Bermuda, over twenty have been shot and have survived (many others have been attacked with knives and machetes and clubs). I shall note that all of these deaths and gunshot victims have been black, and the generally younger men brought before the courts charged with gun-related crimes are also black. The witnesses, many of whom refuse to give evidence, seem to be black.

Before that dinner party so many years ago, my hosts had parted company with their cook, Dinah. I am not exactly sure what the reason was, whether there was any real fault or problem. My friend, back from boarding school, had found herself having to pitch in at home when it came to mealtime; it was all a bit chaotic. One day my friend telephoned me and asked if I would go with her to try and locate Dinah, she had no telephone, I'm not sure we knew her surname, but someone had come up with an address that might be helpful. Off we went on our mopeds and ended up in a neighbourhood that I’d not been in before. Bermuda was segregated in many ways then, not the least in housing. We were where poorer people of colour lived. We parked on the street and walked up to the door of a white house and knocked. Dinah answered the door. I had not met her before, and I stood back. My friend had a short conversation, then, all smiles, walked over to me and said Dinah was returning to work for her parents. Immediately.

The older folk must all be dead now, and the neighbourhood where Dinah had lived is now a no-go zone for not only whites, but for anybody who might be on the wrong side of the local gang.

I was very much a New Labour supporter back in 1997, and recall how thrilled I was when Tony Blair swept into office. It had been time (and then some) to get rid of the Tories. Of course, Blair let many (most?) of us down badly. I was certainly glad to see the back of him. Sadly (but not surprisingly) his successor, Gordon Brown, was just as bad as Blair. It was time to vote Labour out in 2010.

I tend to like the “outs” and hate the “ins” when it comes to politics. I do not like our Conservative-Liberal Coalition Government. However, for want of a better system, we had to vote Labour out to get rid of Gordon Brown. As E.M. Forster said: "Two cheers for democracy."

We had Beef Wellington at that dinner party I began this piece with, the wine, red, was an Aloxe-Corton, and we had brandied cherries over ice-cream for dessert. When it came time for coffee, the mistress of the house shuffled about in her seat. She seemed a bit agitated. Finally she called out towards the door to the pantry: “Dinah, are you there?” Dinah came through. The switch under the carpet had jammed; the bell had not rung in the kitchen. It’s always something.
Posted by Ross Eldridge at 14:17