Do Only Lost Children Have Secret Places? 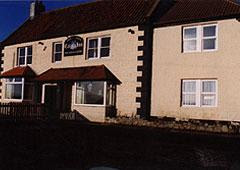 DUKE VINCENTIO: Many that are not mad
Have, sure, more lack of reason. What would you say?
William Shakespeare (Measure for Measure. Act V, Scene I)

I LOVE THE BUS EXPERIENCE. I am never disappointed by the view: A frozen wind turbine that most Northumbrians might think a useless blot on the landscape is magic for me; I've been longing for windmills around the next corner for sixty years. And there is something truly fascinating about vehicles abandoned on the shoulder of the highway: What stories might they tell? Now and then there is a car so thoroughly crushed that one knows more than the headlights went out. I've rarely been disappointed by a street or highway sign: I miss The Great North Road, replaced by The A1. However, there's a peculiar sign that shines in the day and glows at night, between Warkworth and Alnmouth Village on the coastal route, that has an arrow pointing towards the North Sea and the words "Waterside Ho". Make up your own jokes.

On a chilly late November day, there's precious little as pleasant as the heating on a bus. I try to get my feet near the warm vents. With my sleeve I wipe a little of the condensation from my window so that any windmill or evidence of life or death is more clearly witnessed.

Yesterday I was on a minibus, one of those seventeen- or eighteen-seaters. We left Alnwick just before noon and headed north on that poorly renamed A1. Our destination was The Cat Inn near Haggerston Castle. The Cat Inn is near several places, if one were going to Berwick-upon-Tweed, it would be near that. The postal address is Cheswick, and it is near that, if out on the side of the main road, a little isolated. A beacon. A friend is the pub landlady. Marion and her partner, Paul, have only recently taken over The Cat. Make a note to stop there for a hot meal or a bevy, or both. It's all castles and coast up there, wild birds, seals, sheep and crops, and a couple of miles from the Scottish Borders: Go and see all that, and visit The Cat. You can stay overnight; Marion has rooms and does breakfasts. 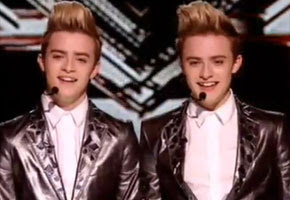 A Pair of Tits

On the bus, as we rock-and-rolled in deluging rain and gale force winds, I listened in on an odd conversation. There is always an odd conversation somewhere on a bus if you but tune in … and I travel with some curious characters at times. One member of our group was discussing recent programmes on the television.

Now, I don't watch what is referred to as Reality TV because it tends to be too surreal. I do notice updates on I'm a Celebrity, Get Me out of Here! And The X-Factor on my computer, in the Yahoo! Headlines, and in the newspapers. I do read the papers. So I know, for example, that Katie Price, aka Jordan, ex-wife of Peter André, has quit the jungle after only a few days. She was paid many times more than the other contestants. And Great Britain discovered something, at last, about Katie Price: She's detestable. Nobody here actually likes the big-boobed woman after all. Katie refused to chomp down on a kangaroo's testicle (one newspaper suggested that that was a first for her as testicles go) and headed back home to spend all that money the sponsors over-paid her. Meanwhile, on X-Factor, the British public finally gave identical twins John and Edward (nicknamed Jedward) the push. I'd never seen or heard their act till after they'd gone. I felt I should have a listen when the regular news covered the story. I'll tell you, Jedward are as untalented as it gets: tone deaf and clumsy. Disney will buy them. They'll be a draw for a year, and then one can only hope they'll find some addiction or a career in the porn industry. If the Jedward twins had only been born conjoined, they'd be made for life. No such luck.

The lady on my bus kept muttering about some reality show she'd seen on the telly over the last weekend and how she'd hated every minute of it because "there were too many adverbs ..." She continued: "One after another ... adverb after adverb ... It made me quite mad ... I said to myself 'Fucking Nora, why am I watching this? All these adverbs.' ..."

I thought to myself: "She's utterly and completely (and unashamedly) off her nut. Undoubtedly, this woman is in need of medication. Absolutely crackers!" Finally, I decided: "I quite like her, even if there are not enough adjectives to describe her!" I resisted, of course, the temptation to whisper: "You want the noun ADVERT!" We sat at the same table for lunch, and it was quite jolly. 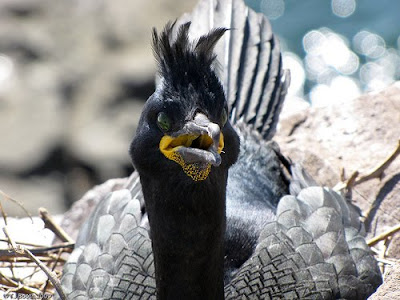 Marion told us about some recent guests she'd had at The Cat Inn. A couple turned up in the evening with only a shopping bag for luggage. The woman looked not so much like the common slapper as a lady of the night. She glowed with one of those fake orange tans, the kind that Katie Price thinks attractive. For some reason, the dodgy couple, revealing themselves as obnoxious, wanted the family room at The Cat, which has three beds. They tried to persuade Marion to lower the overnight tariff, and Marion responded by hiking it. One does not mess with Marion! The couple paid the new price and went upstairs. In no time, the clientele in the bar were treated to the clear sounds of loud and riotous sex as the overnighters had a very long shag. In the morning, after the guests had departed, Marion went to strip the bed. She discovered that the couple had used all three beds in the family room. Worse, the hooker's orange tan had come off on all the bed linens, and attempts to wash it out failed. One wonders if Katie Price rubs off that way. I wouldn't touch her with Peter's.

On the way home in the minibus, I sat in the same seat as I had on the way north, but I was, of course, looking out in the opposite direction. I spotted one of those windmills, the tall metal tower type, with a fan having many flat blades. The kind one sees in old western movies, with cattle gathered to drink water below it. When I was very young, my father used to take me and my sisters for a Sunday drive now and then, and we'd look for favourite things. Mine was a windmill, set back from the road, this in Bermuda. Formative experience.

Yes, you get a prize, an honorary title, if you noticed that Jedward has the same hairdo as the Shag.
Posted by Ross Eldridge at 14:30

your photo captions are as delightful as your post!
were your ears burning last night? your name came up at the dinner table, and i was telling the 'rents how much i adore your blog.
:) khairete
suz

There was a channel 2 "special" on the other night called "The Boys From England" or some such thing. All clips from old Ed Sullivan shows: the Beatles, and more. Man! Talk about a pair of tits. The ALL looked like tits. And to think... they used to look so normal.