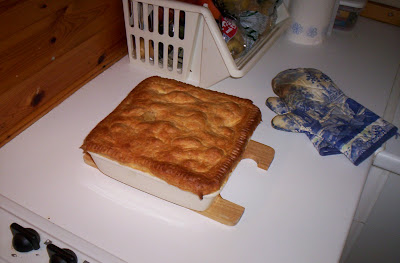 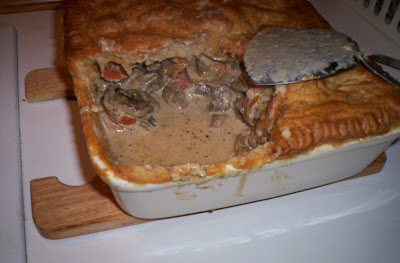 MY MOTHER HAS VISITED ME a few times this past fortnight. When she turns up I'm always aware that, even as we converse and interact, she is quite dead and has been since September of 1992. Death has not calmed her down; she's as manic as ever and just as difficult to cope with. Still, I enjoy the visits and I appreciate that she's always gone by the time I wake up. No lingering ghost steaming up the mirrors or making the curtains billow when there isn't a breeze.

When my mother was alive, she was something of a responsibility, rather than responsible. Manic depressive, with periods of complete fantasy and what was, at times, insanity, my mother struggled to be any sort of a parent at all. As bad luck would have it, she was forced to be a single parent long before that was a common, almost popular, way to raise up one's children.

I'm not sure that my mother did anything wrong, at least not intentionally, and not of her own volition. She was manoeuvred by her family members who felt she needed to be more assertive. My mother also tended to believe, having been told to do so, anything that was said by someone who appeared to be in authority. She believed that titles and badges and signs on office doors were everything, perhaps not bothering to really evaluate the person behind them. So she did not question things, or draw her own conclusions, but acted on those pressed upon her. That's how it goes.

Looking back now, at an age my mother only surpassed by about six years, I think I can safely say my mother was not a capable parent, and some might say she was not a good parent. My opinion is that she did her best, which was a real struggle for her emotionally (she was, after all, mentally ill), physically (she was a grand-mal epileptic, relying on considerable amounts of drugs), financially (at times she was penniless), and ability-wise (she couldn't cook, didn't drive, didn't read after she left school).

My mother would get ideas into her head and wouldn't let go of them, no matter how annoying, peculiar or unhealthy. When we were quite young, she suddenly decided that it was easier to fling the kitchen trash, item by item (cartons, bottles, bags, vegetables that had gone off, egg shells) onto the back patio. There was a bin in the back garden for these items, but my mother thought they could be gathered up every few days and binned, there was nothing wrong with letting things lie about on the lawn. I did not, and do not, understand how anyone who had a trash-can only 15 feet from the kitchen door could come to such a conclusion about refuse disposal. Particularly when she chucked the things over the top of the bin to get them to land on the patio.

We also had to live with African violets. My mother was mad for African violets, though she had no success in growing them. There were pots all over the house. Now, I have a few plants in my flat now, I like indoor plants, but I do not have my kitchen counters covered in dozens and dozens of plant pots, crammed up against each other, so that there is hardly any room on the counter for something useful, like a cutting board or bread-bin.

Dish-washing was interesting. My mother believed that washing-up water should be boiled and poured into the sink (this was before machines, of course). On the face of it, boiling water for the dishes sounds healthy. However, that's where she lost the plot. Our electric kettle was small, probably holding less than a quart of liquid, which was hardly enough to wash dishes, so my mother then topped up the sink with water from the tap. Which was cold. Dishes were not, by the way, rinsed. They were washed with a bar of Ivory Soap, and our dishes and utensils seemed to have that flavour.

I could go on and on. Perhaps I should not be trashing my mother at this stage of the game. I offer the information more as a warning to others. Given modern medications, treatments and social programmes, chances are few people need be quite as peculiar as my mother. If you or your loved ones, or not-so-loved ones, seem to be acting a tad odd from time to time, have a chat with someone about it. What? Me crazy?

For all the hassle, most of my memories of my mother are fairly bland. We got away with a good deal, we had wonderful days as children, we attended the best school, we had clean clothes (though often hand-me-downs or second-hand store purchases), we had books and record albums, money for the movies, we were hardly reined in. I have, personally, some splendid memories of my mother having fun, which she only ever did, it seems to me, away from Bermuda. I'm going to say it: Away from her own parents. She really could fall about laughing at times, found things fascinating, took dares and while she lived totally in the present, never speaking of anything that had happened before, seemed incapable of doing so, she could chatter on about something we might be looking at (a film, a play, an animal in the zoo, a gravestone, a monument, a view) intelligently and in great detail, at that moment. It would be gone the next day.

My mother, if I was not in the same country that she was in, or was some distance from her, wrote to me at least once a week. Telephone calls were too expensive. I am a writer of letters, perhaps as a result of her example or influence, and I'm glad about that. I use the telephone as well, but that's the difference between 1968 and 2008.

A memory that tells something about my mother that I'm not sure she was aware of herself. We were not at all well off and our diet, I think, suffered from variety and my mother's failure as a competent cook. She could not make what food we had tasty or interesting, perhaps because she used no herbs or spices. She made do with a great deal of salt, and a very little white pepper. That was it. No flavourings, extracts or essences. No powders, granules or leaves. Just salt. The rare and special dish we'd have was a meat pie, made in a shallow Pyrex dish, lined with my mother's own plain pastry, using hamburger, a few sliced potatoes, an onion and maybe a pat of butter, pastry over the top. The pie was pretty dry, but it was beef and I like onions. Some gravy would have been fabulous, but it didn't happen. Ever.

My mother would slice up the pie amongst the four of us (I have two sisters that I grew up with) and she would always, always, cut a very small piece for herself, nowhere near a quarter, and then cut the remainder into three equal portions. Did she do that on purpose? Was she aware that beef was a treat for us? That we probably could do with the nutriments in red meat? That we might otherwise become anaemic on our diet of boiled chicken, over-cooked cabbage and tatties?

I made a meat pie last night. I use almost two pounds of Angus beef that I cube, fresh mushrooms, onions, parsnips and baby carrots. I make a sauce using beef stock and double cream, I use lots of herbs and spices and little salt, and my crust is flaky pastry. I prefer a deep clay dish to a Pyrex pie dish. The first serving is more than sufficiently moist, but when I reheat the leftovers (I have plenty, I prepare food for several meals at a time to save time, energy and money), I usually have an onion gravy as well. Served with chips or rice.

I wish, I really wish, my mother could stop by long enough for a slice of pie, a big, generous slice. However, in my dreams I don't seem to make pies when my mother is visiting. It may be that, after all, she made the better pie.

that pie looks absolutely smashing. i'm so glad your culinary skills have surpassed your dear old mum's.
love to her for doing the best she could, and love to you for surviving it.
khairete
suz

I did not feel, by both tome of the piece nor revelation, that you were "trashing" your mother - your memories are vivid but there is discernible affection in your words.

Now, about that pie - are there any leftovers?

I enjoyed this reflection on your mother. I don't think you were being rough on her at all. She obviously loves you, or she wouldn't visit so regularly.

Pies. Oz has them as well, Aussies being the bastard children of the Brits. Here there are rules for pies. They must be made of at least 10% meat. Makes on wonder what they put in there before the law was passed. Snout? Ears? I have eaten some very good ones. My favorite was a venison pie with veggies and potato, but I hear those people have quit the business. Sam ate one he said tasted like gelatinous library paste and some sort of meaty thing. Yours, on the other hand, looks very tasty. And with double cream, who could go wrong?