The First Day of School, Before and Beyond 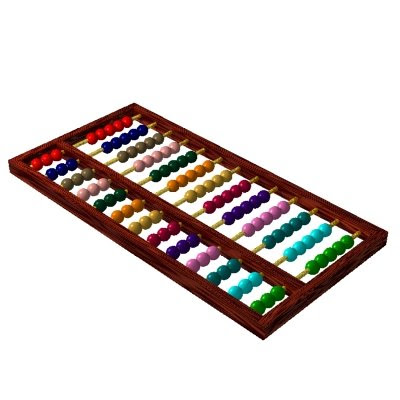 I CANNOT RECALL my neighbour's name. I've lived in one of the flats this old building has been converted into for some three years now, and only one of the other flats has changed hands. This neighbour, who I can see outside of my kitchen window (she's having a guilty cigarette), lives on the first floor and one over. She's not my noisy neighbour overhead, and has, in fact, complained about that noisy couple and that has helped control the din. And I cannot remember her first name. Curiously, I do know her surname.

The doorbell for my neighbours' flat is in a small porch next to my kitchen door, at the bottom of the stairs that lead up to two flats. Below the doorbell are the number of the flat and the surname of the occupants. And I can remember that name clearly. Is it because I have seen the written word that I recall it with ease? My neighbour's first name, which I greet her with when I see her, which is very infrequently, is the name she introduced herself as in our first spoken conversation years ago. Might it be that something written makes a bigger impression in the learning process in my case?

I can recall, in considerable detail, my first days of Kindergarten at Warwick Academy. That's back in January of 1955. I can still see the room, hear the voices, and even feel the excitement. It was not a frightening day for me; I'd been looking forward to it. No tears, all eyes and ears.

In fact, I can actually go back to schooldays before the first day of Kindergarten. When I turned four I was sent to Humpty Dumpty College. This had nothing to do with my shape, which was rather thin, and everything to do with nursery rhymes. The College was Bermuda 's first nursery school. A fairly small group of white boys and girls gathered at the home of Auntie Peggy each day and Peggy and her colleague Auntie Norma would teach us how to sing and dance (I did both badly, but with worrying enthusiasm, and loudly). When not clogging and clapping, I imagine we must have learned basic reading and writing because I could do both when I turned up at Warwick Academy 's Kindergarten, and that had a traumatic result in January 1955.

I remember a good deal about my graduation day at Humpty Dumpty College . Twins Sheilagh and Maureen MacCulloch and I were the College's first graduates, and it happens that we all went on to Warwick Academy and continued through all the forms there for the next eleven or twelve years. On graduation day the MacCulloch girls and I were dressed in black gowns and mortarboards and we stood on a window seat in a bay window, the dark curtains drawn behind us, and were feted briefly by our teachers for the benefit of family, friends and fellow pupils, and then handed our diplomas. At that point the three graduates had to chant the following verse together: "I am a graduate of Humpty Dumpty College … Of nursery rhymes I have full knowledge … And now I've been given my college degree … To help me progress with my A-B-C." I not only remember the rhyme and the gowns and the window ledge, but I recall seeing, as I stood between the twins, some sort of light and movement over to my left. I think the curtain in the bay window must have moved in the breeze and a brief moment of afternoon daylight had broken into the ceremony.

I'd looked forward to my first day of Kindergarten because the form mistress, Lucile Davis, was a family friend. When my grandparents first emigrated from England and ended up in Bermuda, of all places, they lived in very modest conditions in a neighbourhood one would not want to live in now, except perhaps for the scenic view of the North Channel off of Pembroke Parish. My grandparents returned to England , my grandfather thinking to make it big in the furniture business. It was the Great Depression and I imagine furniture was being used for fuel and not for much else, and the business went tits up. Eventually my grandparents returned to Bermuda and my grandfather worked for the British military in the NAAFI there, shortly before and during World War Two.

My grandparents, at that time, rented a cottage called "Lynden" from Lucile Davis out at Spanish Point, down the coast, in a better area, than their earlier dwelling. Lucile had inherited a fair bit of land from her adoptive mother (Lucile had been left on a doorstep in Florida as a newborn), a woman with the unpleasant name Roach who went quite mad. Lucile and her husband and their two children lived in the old Roach homestead, and cottages and a wooden bungalow were rented out. Happens that Lucile's husband frittered away the money and the property. I believe my father liked Lucile's husband, and he might have been the only one.

My father, sent to Bermuda with the Royal Navy during the War, had wound up working at the NAAFI for my grandfather, and subsequently met my mother, I'm the post-war result. When my parents married on 28 August 1947, Lucile Davis's daughter was my mother's flower girl. The favour was repaid twice. I was Lucile's son's page boy at his wedding in about 1954, and my sister was Lucile's daughter's flower girl a few years later. I'd been reluctant to be a page boy. In fact, I wasn't told about it until two days before the event when I was trotted off to a rehearsal. It was at night, past my bedtime, and even though in the Pembroke parish church in which my parents had married and where I was christened, the venue was not familiar as my parents had moved to the parish of Warwick when I was two or three. The day of Lucile's son's wedding I refused to take part, I wasn't in the mood. My father was annoyed, stood me on the toilet seat and dressed me in silly clothes, slicked down my wavy hair with water, then hauled me out to the green Morris Minor and off we went, with me steaming. Despite my fit of pique, the wedding went off very well, and several times, going down the nave of the church, I stood on the train of the bride, bringing the procession to a brief halt. It was not intentional as I recall, I just didn't move well to music and was under-rehearsed.

As young children, my sisters and I regularly visited Lucile Davis at her home (when old Mrs Roach was still alive, she'd have been locked in her room) on a weekend. My father would talk to Lucile's tipsy husband, and my mother would sit outside and look at the sea, the same view, almost, that she'd had as a child from Lynden, and Lucile would walk me and the older of my sisters out to visit her poultry. We liked the chickens well enough, but simply must see the turkey. And I only ever recall one turkey, of dubious temper, in its run. Was it a pet? Was it eaten for Christmas and then replaced with a young bird?

On that first day of Kindergarten, I knew my teacher, Lucile Davis, before we walked in the doors. I was not at all afraid, was most excited. And the room seemed spacious (I've seen it since and it was not large, and 20 or more children crammed into it must have been something of a health and safety nightmare) with doubles tables, two seats behind each, all facing the teacher's desk and a blackboard. On each table were two abacuses, one for each pupil. At the back of the room was a very large easel on which was a flip chart. The chart featured words and pictures, simple stuff of the "Run, Rover, Run" variety. There was also a piano and a box of raffia grass dyed in many bright colours. There was a small lobby for the classroom which featured coat hooks and benches, and there were child-size lavatories.

I was only in Kindergarten for a few weeks. I never had chance to weave a raffia basket. I recall singing a few hymns and songs, another teacher came in to play the piano, and we did dance the Hokey Cokey, but Humpty Dumpty College had taught me, and the MacCulloch girls, the lessons of Kindergarten. We could read and write quite well. We were sent to the next form, Transition, and I left Lucile Davis behind.

Not entirely behind. Lucile Davis was still very much a friend of my mother and grandparents, and lived to a good age, though her mind went near the end.

Back in Kindergarten, there was something I did not know that would have been taught to me and wasn't, and I am still completely ignorant as to the ways of the abacus. I have no idea how to use one. I believe one can do mathematical calculations with an abacus, but in Transition we learned by using our heads, not our fingers and some beads. When we started working out what were then useful sums … figuring out the money of the time … I'm not sure that an abacus was suitable for pounds, shillings and pence (and half-pennies and farthings), which may be the reason the abacuses did not appear in classrooms above Kindergarten. I used non-decimalised pounds until about 1970, and it was a nightmare.

Am I missing something not having mastered the abacus?

I've just this very second remembered my neighbour's Christian name. It's Allison. Now that I've written it down by way of my keyboard, I may find it easier to remember. Unfortunately, Allison has gone inside and I cannot pop my head out and call her by name and wish her a good afternoon.
Posted by Ross Eldridge at 14:21

I so envy your memory, Ross. My kindergarten memories are slim and rather vague. Although in the time it took me to type that first sentence, I thought of quite a few things . . . amazing!!! Interesting.

You caused me to look up the abacus to see if I could learn more that what I know about it . . . which is its appearance and function only. I wonder if it is a simple thing to use one.

Meant to say, I saw your post in the Camroc Press. Great one.

mostly all i remember about nursery school is that i wanted to ride the boingy horse that 'walked' when you bounced, and i was never in time to get him. other than that i think i quite liked it, though. i went to strawberry hill, not far from your old waterside. is that what the haunted house was called?
i don't remember going to kindergarten at all, or transition (and i'd forgotten all about 'transition' until you mentioned it!) i just remember first form at whitney, where dick was a prefect and pretended he didn't know me.
:) khairete
suz

You were very nearly correct about the name of the haunted house I used to look after (along with its haunted dog) ... it was "Waterville" ...

I remember the Strawberry Hill nursery, that was a great, old building too. Belonged to the Gosling Family.

I had a go on a boingy horse in my time, but wasn't very good at it.

I too went to Humpty Dumpty College in Bermuda, but that was a couple of years later circa 1963. I actually have a photo that i'll post if i can.

Photo of the graduating class of 1963