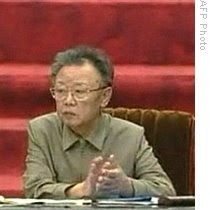 Knowledge rains down and floods the Earth like a Bermuda hurricane;
wisdom grows deep below the surface like stalactites in crystal caverns,
perhaps an inch added every ten thousand years,
and that incredibly fragile.
YESTERDAY WAS SUNNY very nearly to a fault. I don't like to get sweaty and my around-the-town jaunt with Cailean got me moist (and not in a nice way). Odd to have a holiday weekend in Britain with bright, warm sunshine, though Amble by the Sea is more temperate and cooperative than most of the Isles.

Did I lie out in the sun by the River yesterday, Cailean on his long-lead sniffing at the air while I listened to the noises in my head? Actually, no. I'd taped the film Pearl Harbour on Saturday night and decided to put my feet up on the sofa and spend three hours in 1941. I'd rather expected a remake of Tora! Tora! Tora! And was relieved that it wasn't as that's a hard film to beat. Pearl Harbour is an action film in the Jerry Bruckheimer tradition: two handsome flyboys fall for the same pretty nurse and single-handedly take on the Japanese air force on 7 December 1941 when every other aeroplane is destroyed or grounded. They also bomb Tokyo for good measure a few months later. One boy comes back in a box, but the pretty nurse is expecting his baby. The other boy marries the girl, adopts the baby, names him Danny after his father, and takes him for a spin in a crop-duster. Life goes on.

As I watched the film, I wondered what in the world the Japanese were thinking in 1941. They'd been making simply horrible decisions about their role in the world for some years before that (Iris Chang's The Rape of Nanking should be compulsory reading). I wondered if it was religion that prompted the Japanese to take such a dim view of peace, love and life. The sort of religion that says you must lose your life in order to gain it. Like Christianity. Like Islam. Like Dictatorship.

The Japanese revered their Emperor as a god. Perhaps some still worship his descendants. The writer Yukio Mishima denounced Hirohito for renouncing his divinity at the end of the Second World War. Did Mishima consider Hirohito no longer a god? Can one turn off godhood so easily? It seems to me that even fallen gods should turn up somewhere and face the music and not claim to be retired from all that and spending their time reading foreshortened poetry.

I would have hanged Hirohito, god or not. The Western Powers turned hundreds of thousands to dust at Hiroshima and Nagasaki, but the god kept his haloed crown and his head to set it on. And for all we know, Hirohito's family and friends still called him God at the dinner table.

I'm not much on religion these days. In fact, I'm nothing on religion these days. I was Sunday-Schooled in the Church of England; my first book (which I still have) which I received on my third birthday was a child's hymnbook from Canterbury Cathedral. At Warwick Academy I had Religious Knowledge classes until I was about fifteen years old. We sang hymns and chanted prayers every morning until I left that school at the age of seventeen. By then I had joined the social set that went to Sunday services and youth group events at the Anglican parish church. Had I a clue about God? Looking back, I think not.

I was excited by Mormonism because it promised family togetherness. Whether it has ever delivered on that promise, I'm not sure. Most of the Mormons I know have struggled at best. But that's good they claim. You have a rubbish life and then a splendid hereafter. Lose your life to gain it.

I am asked, now and then, how I managed to believe that Joseph Smith stuck a seer stone in his hat, then put it over his face and translated the golden plates. In such a posture, he wouldn't have seen any golden plates lying around. I didn't know about this, actually, back in the day. I thought he wore fancy spectacles, the Urim and Thummim, clear stones set in silver bows and sat at a table flipping golden pages pretty easily, reading the translated text to Oliver Cowdery and others. Nothing as easy as that. Pull down the hat.

Joseph Smith taught that our God (the Christian one at least) had been a man once upon a time and had moved on up, as it were, having been an obedient and successful man. Joseph also taught that a plurality of gods created the Universe and that there are gods responsible for other worlds besides ours. Many houses, many mansions, many tenants, and quite a few landlords. The Bible can be interpreted to agree with this. The Bible can be fiddled with to justify anything, and is.

The Bible, probably all bibles, is foremost a political text. Laws listed by a ruling class to perpetuate itself. Eat this, don't eat that. Don't go there. Make war, not love. Men are not ruled by a god but by men. Or men who claim to be gods. As Oscar Wilde said: The worst sort of tyranny is that of the weak over the strong.

[I watched several programmes on Himalayan places and customs this past week. I rather enjoy the prayer flags in the high places, scattering good wishes over the world. One commentator explained Buddhism and reincarnation a little and summarised by saying that all life is transitory. Everything is transitory. Things are moving along. That fits in with the Big Bang Theory. This is what I believe in just now. Life, everything, flows. As a bonus, life overflows after death into another life, perhaps lesser, perhaps greater, perhaps much the same. My dust may raise poppies; my spirit may raise a bug that climbs a poppy stalk.]

There was talk in the news this week about the Hum. The background noise so many of us hear when we stop shuffling our feet and rest our tongues. Someone said it sounds like a fridge. The Hum is not new; there was a Hum in Bristol in 1979. However, one wonders if there was a Hum 200 years ago. Perhaps lovers, lunatics and poets only heard the voices of the gods?

In North Korea today a nuclear or atomic test of some sort has been triggered deep underground. Everybody is having a bit of a fit about it. North Korea seems like a most unhappy place. Any place where happiness is mandated must be unhappy. What in the world, or above or below it, does North Korea want with an atomic bomb? Why do hungry nations spend their resources on munitions? What do North Koreans believe? Is Kim Jong-il considered to be some sort of god? Do the people of North Korea have a bible of some sort? A little red or green book? Is it acceptable for thousands of children to be hungry while dozens smile at some computer screen showing troughs and a sudden peak and the world picks up a new hum from six miles below North Korea?

Why do I think that Kim Jong-il sees the stars in the sky as so many blemishes on his preferred black universe?

Is North Korea, I'm wondering, in about the same place that Japan was in the 1930s?
Posted by Ross Eldridge at 16:23

Fascinating free association, Ross. From movies to God/gods to the godless god . . . and so many questions. Why do so many good people see it all so clearly, and yet the evil dance goes on, and good people keep the beat. Surely not because they want to?

Speaking of movies, your comment on my recent blog post made me use my son's Netflix account to download and watch 2001: A space Odyssey again. I'd seen it ages ago when it came out . . . had been intrigued, but strangely it was not the black obelisk that I remembered, key as it was to the movie. It was the scene at the end that concludes with David appearing as an embryo. I remember the hair on my arms standing on end at that scene. Goose bumps. I sensed something . . . but what it was is lost, and I didn't recapture it upon rewatching.