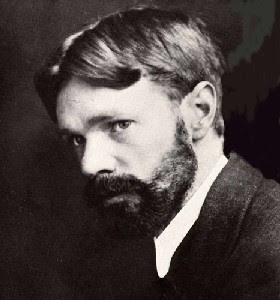 KATHERINE: Comment appelez-vous le pied et la robe?
ALICE: Le foot, madame, et le coun.
KATHERINE: Le foot et le coun! O Seigneur Dieu! Ce sont les mots de son mauvais, corruptible, gros, et impudique, et non pour les dames d'honneur d'user.
William Shakespeare (Henry V. Act 3, Scene 4)
THE LPA, the Little People of America, want the word midget to have the same status as the word nigger. So, the m-word and the n-word. Now, I know for a fact that there are people of extremely small stature outside of the United States of America, for we have at least three people in Amble by the Sea with achondroplasia. I am not sure whether they are related, I have seen the young female chasing the young male through the streets, yelling abuse, which suggests some sort of loving relationship, and there is an older gentleman. Achondroplasia is a form of dwarfism, and Amble's little people might prefer to be d-words.

The former midgets of America, dwarves and simply short folks can be little if they wish. However, in ten years' time, some bright, if diminutive, spark is going to take umbrage at the word little, as it belittles, and the issue will have to be debated again.

I've noticed that homosexuals, who now usually prefer to be thought of as gay, often don't mind being thought of as queer in 2009. Thirty or forty years ago that was offensive. Mind you, if you call someone who is either not homosexual, or who is in the closet, gay, queer, a poof, he is going to really find that objectionable. Watch the labels!

My father, who just didn't like people of colour, had an olive complexion and he was a compulsive sun-bather and, especially as he aged, was as dark as an Egyptian mummy. I once had somebody telephone me, after my father's death, to ask if my father's father (my grandfather) might have been a black man from Jamaica. I knew my pale, fair grandfather and had to disappoint my nosy caller.

Considering I spent a good deal of my life in Bermuda (I was born there), I do not write about it here all that often. I've been trying to write about the present and future as much as possible, and Bermuda has gone down the tubes in the past few years. I will tell you that there is dictatorial rule there. When the Progressive Labour Party championed One Man One Vote, I was naïve enough not to anticipate that it would be one man, Dr Ewart Brown, the Leader as he likes to be called, and that his vote is the only one that would matter. Dr Brown has a faithful henchman, Minister David Burch, the former commanding officer of the Bermuda Regiment. They have a radio station. Burch, famously, refers to people of colour that do not belong to the PLP, that associate with the few remaining white politicians in Bermuda, as house niggers. He uses that expression in speeches on the radio. And when he uses it, it's quite okay. If I spoke in public in Bermuda and referred to David Burch as a gay nigger (I've heard he is homosexual, but this may be based only on the fact that after he retired from the Regiment he grew his hair long and started wearing hoop earrings) I'd soon feel the wrath of the ruling class.

Are words and language divisible? Can certain people lay claim to certain words, and use and abuse them at will, while other people are denied the opportunity?
I say allow Hitler his Mein Kampf, at least we know where he was coming from. We'd certainly praise the struggle of a Nelson Mandela or an Elie Wiesel. The most dangerous book ever compiled is the Holy Bible.

When I was a boy, in Bermuda, the local Negroes, a word I cannot use there now, were called Coloured, a word I cannot use there now. Then they followed the lead of the Americans and became Black. From time to time, some voice from the Babel chirps up, usually in Bermuda's daily newspaper, requesting that the paper and all people stop using the word black negatively. No black sheep, no black as night, no black-hearted soul, no black-out or blackmail, perhaps no in the black for accounts.

When I worked for a few years in the hell that was Kit n Caboodle, a Bermuda convenience store that also had a passport photo service, many of my customers of colour, who almost certainly thought of themselves as black, complained that they looked, in their passport pictures, too dark, as black as Jamaicans. Which was not a good thing. Go figure.

When I was at school, we read Shakespeare's Henry V in an abridged format. Our Literature teacher, Frank "Buck" Rogers, suggested we go to the Main Library in town and look at a copy of the play to locate what was missing from the school edition. Shakespeare's audiences liked a bit of smut and were pretty smart if they picked up on the puns in the English lesson that Alice gives to Princess Katherine in Act 3, Scene 4. Asked what the English was for pied and robe, Katherine is told foot and coun. Foot is a pun on the French word for fuck, and coun (gown mispronounced by Alice) is the French for cunt.

My Spell-Check tells me that the word cunt does not exist. Perhaps the people at MS Word could read DH Lawrence. Lawrence did not invent the word cunt, he simply recognised the obvious, that it existed.

The brilliant film Atonement has a plot that evolves from the use of the word cunt in a short letter. The word is not spoken aloud in the film that I noticed, but one sees it on a page as the typewriter keys go down. The word is electric, it is more than that. Nuclear, perhaps.

We read a little of William Chaucer in our school Literature lessons, but it was our Chemistry master, Billy Hanlon, who read us The Miller's Tale in a concise modern translation. It was hilarious, of course. The same year that I'd felt a bit uncomfortable studying the British in India and putting the city of Lahore on our map, I nearly convulsed with laughter at the Miller's story of a bare bottom being kissed and the kisser receiving a fart in return.

A few months ago, Britain suddenly had an attack of the prudes. A few thousand viewers, out of many million, decided that the use of certain language and certain situations should not be financed by the television tax levied on households that gives us the advertisement-free BBC programming. Suddenly everything was stifled; presenters and guests alike squirmed during live presentations. The many other channels carried on as usual. No censorship, though there is an unwritten agreement to keep nudity and strong (a term that amuses me) language for the evening viewers. Blue Peter ain't what you might think! We do have life drawing classes at midday on Channel 4.

This week, however, there is a break in the nonsense that has clouded good judgement at the BBC. After the watershed, nine o'clock at night, the real world has returned. On Torchwood the gay characters can be gay: Captain Jack cradles his lover, the dying Ianto, and kisses him. And on the new series of Mock the Week, team members have been told they might not use the word fuck as a noun, according to panellist Frankie Boyle (who may be joking), but can use it as an adjective. So, last night, when Frankie had to improvise something that would not be heard in a Star Trek movie, he said: "'Why are you looking so sad, Captain Picard?' 'Because I'm a Shakespearian actor, and here I am having a conversation with the fucking King of the Worm People.'" You have to admit, the fucking helped make this joke a new classic.

Perhaps I have offended? Just words on a page. Get over it. Little People of America, you seem more concerned with a letterhead life than a real one.
Posted by Ross Eldridge at 14:10