One Year On (and On and On) 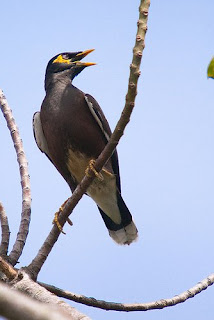 "Attention," a voice began to call, and it was as though an oboe had suddenly become articulate. "Attention," it repeated in the same high, nasal monotone. "Attention."
Aldous Huxley (Island)

EXACTLY ONE YEAR AGO I decided to have a go at a blog. It seemed pointless to be half-hearted about it, I decided to post something at least once a week. The business of producing a thousand words (or more, or less) had been mine about ten years ago when I persuaded the editor of Bermuda's weekend newspaper, The Mid-Ocean News, to run a column that I'd turn in on Tuesday, to be published on Friday. I was allowed to tackle whatever subject came to mind (and I did), but it was soon clear that my theme was to be "I remember back in…"

And, so, I revisited my childhood, my schooldays, my travels, books I'd read as a young adult, and films that made an impression when I was growing up. I had another quirk regarding my weekly foray into the past: I would write about two (and, rarely, more) different things, and, somehow, resolve them at the very end so that some notable connection between them was made clear. Perhaps a book I was given as a toddler created a situation that occurred when I was thirty.

I did get into the psychological aspects of my life (and those of others) having been in therapy since I was 22. After a few decades on the couch one becomes a would-be expert as it is the only way to retain one's sanity.

My editor encouraged me to touch on subjects that might be a little controversial. He was delighted when I mentioned once, in conversation, that I had personal experience of the dodgy accounting at American International Group. And that before AIG went tits up. I trotted out a few stories about the people I worked with at AIG, treating them fairly kindly, I did not point out that the place ran on alcohol and cigarettes. I also recalled, in the Mid-Ocean's pages, that the quarterly bottom line was decided on some time before all the numbers had been collated and consolidated. I don't suppose anyone outside of the AIG High Command believed me.

A year ago, when I filled out the forms for Barking Mad in Amble by the Sea, I had intentions of being right up to date. I would not be thinking back too far, but would tackle current events, a weekly diary. And time is always a curious thing, and old became new, and AIG went down the tubes. I can write about it and be right up-to-date with my distant memories. I'm blessed with a very good memory, by the way. This is remarkable bearing in mind all the drugs I've taken in over 40 years, and all that therapy. I can recall, exactly, my first hours at American International in late October 1968. I am poring over profit and loss statement forms that someone has jotted figures into in pencil. All the words, all the numbers, mean nothing to me. I am to check that everything adds up correctly. I do not have an adding machine; I am to do it in my head. And I do. I have to make special marks below the columns I've checked, and, in my memory, I make them now.

In the past few months not only AIG has come around again. I have also been moved by the weekly (often daily) reports of deaths of "our boys" fighting wars overseas for, I believe, no good reasons. A week or so ago the American news presenter Walter Cronkite died. I recall, painfully, Cronkite's nightly reports on the Vietnam War in the late 1960s and early 1970s. So many GIs had died, but so many more of the Viet Cong. Accounting, profit and loss reports, interest and bonus, war is a business. The bloody preservation of all we hold sacred makes my skin crawl in 2009 as I watch the hearses crawling down the main street in Wootton Bassett so conveniently on my television in the middle of the afternoon, as it happens. Live, we watch the dead.

In the past month I have invested in a number of books and DVDs that are not necessarily new releases. Perhaps there comes a time when one cannot really enjoy every new film, every book off every press. When I was 20 I would buy several dozen books at once: I had all the time in the world to read them, and more besides, which I'd buy the next Saturday. I suppose I am fairly well-read. But, this summer, I have felt a great urge to revisit some "old friends". Many of them. I don't feel that I have an endless summer to read and watch, but if they are here in the flat, I can open covers and boxes and enjoy an hour or so with DH Lawrence or Virginia Woolf or Aldous Huxley. I can watch a Joe Orton screenplay, or the mini-series version of Sons and Lovers. The Merchant-Ivory films of the 1980s (of stories I read a decade or more earlier) are not just moving wallpaper in my front room. I'm going to look in on Glenda Jackson in Sunday Bloody Sunday. I recall exactly sitting in the Leicester Square Odeon in 1971 watching that film for the first time and being rather stunned. I came out of the film into the London light wanting more … of the Soave sia il vento from Cosi fan tutte, the repeating theme music of that film. It was, and is still, exquisite.

I have Aldous Huxley's Island on my coffee table. To be honest, I'm rarely without it, but I tend to give my copies away. The way one once might have passed on a copy of the Book of Mormon with the whisper: "This will change your life." Just so you know, Island changed me more than the Mormon scriptures.

Island opens with a chanting mynah bird saying: "Attention! Attention! Here and now, boys! Here and now!" And that is better than good advice. When I first read Island back in the late 1960s, the here and now was mostly brand new, I had fewer than twenty years of memories to clutter up the immediate. More than forty years on, it is difficult to ignore the past as it seems to always be present. So, I invite it to the get-together. When I talk to an old friend on the phone (and my friends are getting old, despite their continued loveliness) I talk to the boy or girl, as well as the person who remembers me (or perhaps does not recall me so well) in my salad days.

When we discuss a recent production of Henry V, I am also in my Fifth Form English Literature class (which I failed, by the way), whispering: "If we are marked to die …"

I'm rather enjoying being quite a complex person, bubbling over with memories good and not-so. It is all experience. If I did not pay attention then, perhaps there will be time to give it my attention again in the here and now. Tune in. Stay tuned. Don't drop out this go round.
Posted by Ross Eldridge at 12:40

it makes me nut up to know that the fuckers who ran AIG then, recently, and their counterparts today continue to decide the bottom line prior to the accounting and make it fit.
i can't think about it too much. it farks my serenity to hell and gone.
but i do dark magick from time to time on their behalf. i'm not sure just how good i am at that type of juju. i hope i'm infriggincredible.
and i'm so very very grateful that you decided to blog and that you don't restrict it to current events. i love your present observations, and adore your forays into once upon a time.
khairete
suz