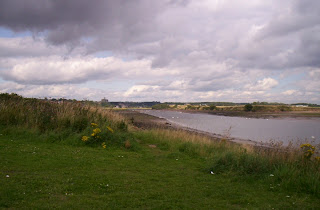 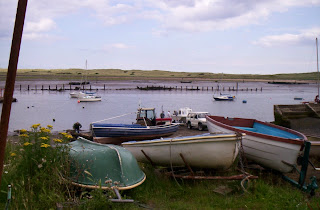 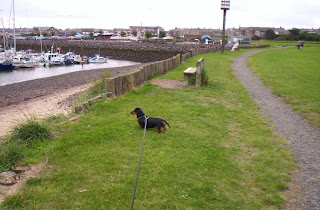 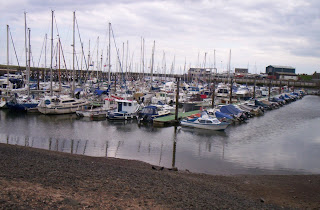 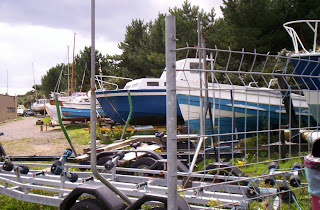 You sunburnt sicklemen, of August weary,
Come hither from the furrow and be merry:
Make holiday; your rye-straw hats put on
And these fresh nymphs encounter every one
In country footing.
William Shakespeare (The Tempest, Act IV, Scene I)

I THINK IT IS SAFE TO SAY that I have always had a sense of summer holidays in the month of August. I've never been south of the Equator, which would have changed all that.

When I was a boy, in Bermuda, the month of August would be spent at our dock on the Warwick (north) shoreline swimming, fishing and listening to a transistor radio, usually with friends and neighbours my age who were also out of school for the best part of two months. Our dock faced Darrell's Island, which had been an airport. The remnants of the offices and hangers remained there until some time in the early 1970s as I recall. The aeroplanes had been seaplanes, by the way, landing on the water between our dock and Darrell's Island. In the 1950s US Coast Guard seaplanes landed on that stretch of water, but taxied to the US Naval Operating Base on the Southampton shoreline, a mile or so away. Sometimes a silvery blimp would wander past, not too far overhead. At night manta rays would splash in the sea, and mosquitoes would seek bare arms, legs and necks. Noel Coward lived a few hundred yards away, and that meant nothing to us.

Some summers were spent overseas visiting the family back in England. I preferred all that, trading blimps and mosquitoes for swallows and bats. My Nan Eldridge, then younger than I am now, would take me on day trips to castles, stately homes, museums and gothic cathedrals. Some days would be spent at the seaside, pebble beaches in the south of England, or in Morecombe and Blackpool, with my mother's family members, where afternoon and evening entertainment might be theatrical (I squirmed to see Black and White Minstrels), cinematic (Cleopatra seemed like a very long movie for a child), or equestrian (donkeys on the sands).

By the summer of 1967 I was amusing myself wandering about London. The Summer of Love. I recall the drug addicts sprawled all over the island in Piccadilly Circus in the rain. I sang the Rolling Stones' song We Love You in my head and Kenneth Halliwell beat Joe Orton to death with a hammer, and then took an overdose. That was 9 August, 1967. Seems like yesterday. We love you, we do. And I bought rather colourful clothing in Carnaby Street, wishing I dare dress like Sergeant Pepper's Lonely Hearts Club Band. I did grow my hair and the moustache I still have over forty years later. The hair and I parted company about 25 years ago.

When working in Bermuda I would have the month of August off and did rent an apartment in London a couple of summers. Those were partying holidays and I returned exhausted.

I started visiting the USA in the later 1970s. From 1992 through 1995 I lived in the USA, in the Rocky Mountains and in the Utah desert. An August holiday entertainment might be found in Las Vegas. I did not gamble, but I was just telling a friend last night that I'd seen jousting at the Excalibur Hotel.

In 2006 I spent just over a week in London, staying at a B&B that was being renovated. I stayed for free, sort of. I'd met the owner in Northumberland and did a deal. I'd take her out to dinner each evening and entertain her with dazzling conversation while I stayed at her B&B, which was in quite a shambles with its reconstruction. That was a hot summer and I amused myself with visits to famous tourist spots, dressed down in shorts and sandals, trying to keep comfortable. I spent one day at the Bhaktivedanta Manor Temple of the Krishna Consciousness Society, a good deal of it cross-legged on a dusty floor listening to chanting and waiting for the God to be unveiled. Not exactly Motown music on a dock in Bermuda, but not half bad.

The summers of 2007 and 2008 were awfully cold and rainy, at least in the British Isles. Both years we had less than 4 or 5 days of mostly-sunshine. I went to quite a few films and to other indoor activities with the folks at Alnwick Day Services. In 2008, I had the new puppy, Cailean, and rain or shine he needed walking. Mostly rain.

Last winter was a cold one in Northumberland, and we all hoped for a hot summer in 2009. And May and June this year were splendid! July, however, was often horrid. A friend from Bermuda went with me to Alnwick Castle last Saturday, in deluging rain, not a promising 1st of August. Today is 6 August and we are back in summer-mode.

Yesterday I took my camera with me as I did the River Coquet walk with Cailean. Pictures should be above. If you double-click on a picture it should open up to fill the screen, then you can count the blades of grass and ripples on the River. My postcards from my summer hols of August 2009.

The year is rolling along. August may be the best chance of summer, but in just a few weeks the days really will be closing in and the chilly rains and wind will bring down the last of the roses and kick off the autumn leaves. I have prepared myself somewhat, buying a stack of books on sale. They should keep me going till year's end. Romantic poets and travelogues.

This afternoon is a brilliantly sunny one. I'm going to the Pier with Cailean. There will be children on the beach, watched over by older family members. Dogs will chase after sticks and run about with seaweed and dead things in their mouths. Overdressed pensioners will adjust their cloth caps and the old ladies will pull their skirts as far above their knees as they dare. It's like that here just now. And I've heard RAF bombers doing practice runs outside the Harbour already today. They are not seaplanes or blimps, but they are extraordinarily beautiful to me somehow, above the sparkling waves, when they are far from Afghanistan.
Posted by Ross Eldridge at 12:32

And the last line to this says more about the incongruities of war.

noel coward lived in bermuda??? i didn't know that!
a friend was telling me she was there a few years ago and learned all about the witch-hunting that went on there. i never knew about that either. still don't, but must find out.
do you really think you won't go back? if richard and i go, would you join us?
okay, i'm going to stop yawping about bermuda. i promise.
love the pics of amble, it's so green. it's hard to believe that humans can't realistically swim in that water.
you should dress like sergeant pepper NOW.
:) khairete
suz