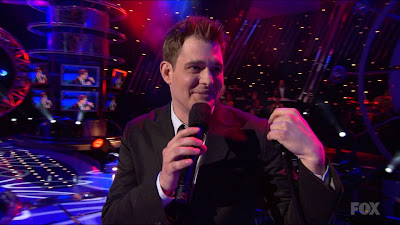 THE OLDER OF MY TWO SISTERS sent me a birthday card last week. The cover read: "A child of the 60's is turning 60" and featured a rough picture of a hippie in tie-dye colours. Inside the card said: "Do you want to drop some antacid?" Karen followed that up with an email: "I just can't believe I have a brother who's 60…"

It seems just a few weeks since I turned 50. I was in Bermuda and two friends took me to dinner at an Indian restaurant. We shared the food, all seemed to enjoy it. I certainly did. However my friends had to stop their car on the way home and run behind a hedge. And that was ten years ago! I have been living back in England for a number of years, those friends are in exile in Mexico. My little dog Aleks died six years ago, Cailean is coming up for two. For all that, November 1999 seems like just last week.

This year I took three friends to dinner at the nearest better eatery, on a stormy night; "The worst storm of the year" according to the BBC. We reached the Sun Hotel safely; the rain started tipping down as we ordered drinks in the bar. When we moved on to the dining room for a candle-lit meal we could not fail to notice the wind pressing on the windows and the rain sweeping across the Coquet Estuary. A few hours later, we had to dash to the car and as we neared Amble the road was beginning to flood. The good news, none of us required an emergency stop in a field full of cold, wet sheep for a severe lower digestive complaint.

While we ate our considerable dinner (we forced ourselves, as one does, to have pudding) there was muzak playing. Just one artist, the hotel must have loaded all their Michael Bublé CDs into the sound system. They would not have known, but Bublé is my favourite performer these days. He's the Canadian crooner, and he's been in Britain promoting his new CD (it's called Crazy Love, and I highly recommend it). Turns out Bublé is a wonderful talk show guest, full of funny stories about his female fans (he gets pelted with knickers) and his family, travels, film work, and so on. He comes over a little bit light in the loafers, but that might just be because he's Canadian (Canada is the United States' gay neighbour, I've heard). No matter his television interview persona, Bublé has a reputation as a ladies' man.

Let's go back 55 years, to about 1955. That would be the year my father inherited an old record player and a stack of 78 rpm vinyl disks. The recordings were all of classical music, and neither of my parents listened to them. My father bought a few new recordings: Frank Sinatra, Eartha Kitt, Johnny Mathis and Peggy Lee, a year or two later, Teresa Brewer, Elvis Presley and Ricky Nelson. My sisters and I were given a soundtrack to Lady and the Tramp. Somebody gave me a small disk of The Flight of the Bumblebee. Odd.

My father liked crooners. I detested them. I have never liked the early rock and roll of Presley and his generation. Music came roaring into my life with She loves you … Yeah! Yeah! Yeah! in 1964; and it has never let up. And in 2009 I'm suddenly a fan of Jamie Cullum and Harry Connick Jr, and I love to hear Michael Bublé belting out The best is yet to come and Come fly with me, let's fly away.

My father, and his records, had gone AWOL not long after 1955. In the 1960s I listened to all the pop music out of England, and to Motown music on the radio in Bermuda. I only recall one song of my generation that my father quite liked; it was Ruby Tuesday by the Rolling Stones. He was not impressed by the flip side of the single which was Let's Spend the Night Together. I suppose my Dad liked the cellos in Ruby Tuesday. It's a good song (even nearly 45 years later). My father is long dead, Mick Jagger is a knight of the realm, and I'm suddenly retro.

I shall remember the party on my 60th birthday as the one with Michael Bublé and stormy weather providing the backdrop. Perhaps, in what will seem like a few weeks, I shall celebrate 70 years. Where? Will the mind and body cooperate? Will friends be alive to share the moment? Will my sister be saying: "I just can't believe I have a brother who is 70…"

What will the music be?
Posted by Ross Eldridge at 12:47

snork on the antacid!
your post here starts musings in so many directions. when i was little you seemed an adult, and infinitely older than i. now it's only 10 years and seems like nothing. i just turned 50 a few months ago and the time has flown alarmingly since then. i can easily foresee how i will turn 60 in just a few months more and be shocked.
your blog is such a source of gentle delight to me. i've been too busy to read much lately and when i come back to it i always think 'this is something i should do for myself every day.'
michael buble and stormy weather sound like a lovely way to spend a birthday celebration, especially since you didn't stint on the pudding. since you english so oddly describe all desserts as pudding, what do you call pudding?
curiouser and curiouser
suz

My "pudding" was vanilla ice-cream; my friend Gavin had something involving butterscotch and pastry or cake; Judith went with ice-cream as well, but a selection of flavours; Alan may have had fruit.

Remember the film "Logan's Run"? When you reached 30 the alarm on your hand went off and you were disposed of. I saw that film when I was 28, and at that time thought 30 was pretty old and it might be a good idea to have that as a "use-by date".

Hi Ross. Make mine sticky date pudding. I LOVE that stuff. First time I tasted it was a couple of years ago in Australia... Oh, wait, that was 2001. Time does fly, doesn't it.

I loved the scene you painted going to dinner at the hotel. I felt as though I was right there with you, icy wind, crooners, and all.

We share the same year, but not the same date, for birthdays by the way. We are both Oxen in the Chinese calender.I am older than you, but not by much. My 60th was in June. I find it difficult to comprehend being SIXTY.

I'm beginning to understand my great aunt who, when looking in the mirror, once commented, "Oh, I see you have your mask on today."

I maintain I have a mind a good twenty years younger than the body that is carrying it around for me. Hope we are still in touch when we hit seventy.