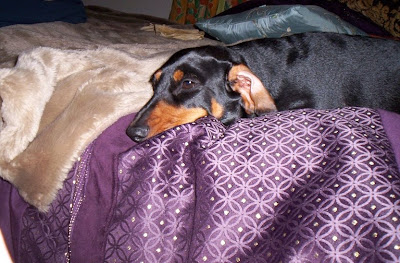 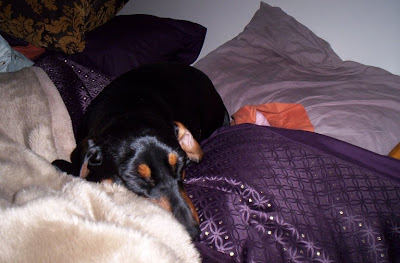 I HAVE BEEN HAVING TROUBLE SLEEPING for about a month now. Not just being unable to sleep at bedtime, at night, but finding that I’m falling asleep when it is not convenient or appropriate.

I might be on a comfy sofa in a room with a number of my friends and associates, straining, admittedly, to connect with the conversation as I’m a tad deaf thanks to many years of very loud music (I have some roaring in my headphones at this moment, Tchaikovsky’s “Eugene Onegin” sung in English by Kiri Te Kanawa and Thomas Hampson, I cannot write in silence) and I am suddenly aware that my eyes have closed and if I take one slow, deep breath I’ll be fast asleep. And I worry I might start snoring. I quickly open my eyes. One of my mates is an expert on the sleep of others. “You were falling asleep, Ross.” And there’s no denying it. “I was. Didn’t get much sleep last night.”

I seem to sleep well enough one night, and then have a few nights reading until an hour before sunrise. At 5.00 I figure it’s not too early to get myself a mug of coffee: I make it with skimmed milk rather than water, and I use artificial sweeteners. Four minutes in the microwave. And back to bed, and the book. I switch on the radio as well, 6 Music, and deactivate the alarm. And, almost immediately, I fall asleep propped up as I am. Next thing I know, it’s after 7.00, the room is quite bright and Cailean is emerging from under the duvet. He needs to pee. My coffee, untouched, is cold in its mug next to my bed. It can be reheated, and is. The day is under way.

Another night I find I’m struggling to keep awake after the early evening news on the BBC. Lying on the sofa would be fatal, so I sit upright on it. There are, at times, programmes on the television that I do look forward to and enjoy. I’m missing some of them, even those that air before ten o’clock. I set the BT Vision Box to record anything that I definitely cannot miss, and it has a replay feature so that much of the programming on the major channels can be accessed for a week after it first airs. However, that means trying to catch up another night. I’m not much for watching television in the daytime.

I have a growing collection of DVDs. I buy them on the cheap usually, when there’s a sale. I also get them from second-hand dealers. And the DVD rental shop in Amble sells off its titles after a month or two, sooner if they’ve not been popular. I don’t like to spend more than £1.99 on a used DVD. One can get movies for £2.49 when the online outlets have specials on slow-moving stock. The great thing about DVDs is that I can watch a film for, say, an hour, and before I get too sleepy (as I tend to, no matter how exciting the story) I can note where I was, and switch it off. Another evening, I can pick up where I left off and, because I have a rather good memory, nothing goes missing.

I’ve not been to the cinema in over a year. Well over a year. I believe the last movie I saw was Martin Scorsese’s “Shine a Light”. The nearest Cineplex to Amble is about 35 miles away, and it’s not on an easy bus route, so I can only go with friends in a car.

I will tell you that I kept wide awake during Shine a Light which was, of course, a concert by the Rolling Stones. The theatre had an incredible sound system, we sat in the front row, and the volume was deafening (meaning, I could hear it). Other trips to the movies have had me struggling to keep awake. I stayed with “In Bruges” but slept through “Pirates of the Caribbean” even though the latter was a good deal noisier. Pirates, frankly, was rubbish. Loud rubbish.

When I can, I go to live concerts. It is almost impossible to doze off with a rock band in the hall. I fold away in the car on the way home. Live theatre, plays, can be dodgy. I’m always anxious that the actors will lose their way (a holdover from a few years involved with amateur theatrics) and don’t often relax. Should one be relaxed when the action is live, a few yards away, music or dramatics?

In another life I recall the first time I addressed the congregation in a particular church. There would have been about 400 people present. I noticed only those in a row of seats near the door at the back of the chapel, a dozen or so elderly High Priests. Before I’d even finished my introduction, the old men were slumping sideways, fast asleep. I can see why some preach Hell and Damnation with the speakers on high. My soft-spoken Peace and Love is Seconal for the soul.

I once fell asleep at a live concert in the Rosebank Theatre in Bermuda. It was a fundraiser, a number of acts and rather haphazardly arranged. A little of Handel’s choral music, then a calypso. Some tap-dancing. That bloody “Summertime” by a mezzo-soprano. Sleep was a welcome escape.

One evening, forty-mumble years ago, I went to dinner with friends at the Royal Bermuda Yacht Club. The RBYC was hardly my usual eatery. This was the sort of meal that started with drinks on the terrace, and then there was wine with the meal. More drinks to follow, and a couple of Valium. This particular dinner is memorable because afterwards we went to the Island Theatre (an oddly charming, if awfully run-down place) to see Laurence Olivier’s film version of “Othello”. This was a charitable airing of the film. I cannot imagine Bermuda providing more than one show’s audience, and that in a very small cinema. I’m not even sure that a play with a white man in blackface was entirely acceptable. (I recall being absolutely horrified to see “Black and White Minstrels” on stage in Morecambe as a child ten years earlier.)

We sat in the back row, upstairs, of the Island Theatre, in the corner. The Island Theatre had tattered, uncomfortable seats. I can still relive the feeling. One was allowed to smoke in the movie theatres then (just about anywhere but church, actually, and I’d have gone to church more often if I’d been able to light up during the Family Communion Service), but I was with people who would have frowned on that. I recall the opening titles, and feeling fuzzy in my Bacardi and Valium haze. And that was “Othello” for me. I slept soundly through the next (almost) three hours. Thank God!

Jumping ahead 25 years, I saw “Phantom of the Opera” staged in Los Angeles in June 1993 at a very large and well-appointed theatre, but from the cheapest seats. Call it “The Gods” if you will, but these Gods were totally out of touch with the world far, far below. I could not make out the words, dialogue or the lyrics of the songs. I had no opera glasses, I have rubbish eyesight, and I could not tell one over-dressed character from the other. What to do? I tried to clamp my eyes shut and get away from it. Could I sleep? No! I was trapped, awake, for a couple of hours. Happens that after the performance I was taken around to the stage door to meet the actor, Davis Gaines, who played the Phantom. Mr Gaines was very pleasant, posed for a photograph with us, and asked how we’d enjoyed the show. “Brilliant!” was my reply. “Loved it!” Though, to be honest, I hadn’t been able to make any sense of it. (I’ve seen the movie version on DVD and still don’t know what the heck is going on. I really don’t like the play except for the one song “Music of the Night”.) Phantom may have bored me silly, but Davis Gaines took the lead 2,000 times, playing to five million people. He must have liked it well enough. I wonder if he slept soundly when he got home after the show.

It happens that in 1977 the future Grammy award-winning musical director of Phantom of the Opera (and many other musicals on stage and film ), David Caddick, spent his Easter vacation at my home in Bermuda with his partner. David should know that I quite liked the film "Evita", which he produced, and that I stayed awake all the way through it.

Last night I slept well. I switched the light off around midnight and next thing I knew the telephone was ringing. I’d not set the alarm, a friend was outside. I did my best to sound wide awake, as if I’d been up for hours. It was 8.15. I’m feeling well-rested today. Well enough to catch up on my correspondence seeing as I’m not out in search of a pub lunch with some friends. I was going to read, but I’m so enjoying the music of the day, in my headphones, I believe I will trip out on that. Eugene Onegin is far, far better than Phantom.

Will I sleep tonight? The pattern is too unpredictable. In a week, I seem to catch up on missed sleep. Chances are I’ll be wide-eyed. Well, unless there’s something I really, really don’t want to miss.

I will go through the motions. Hot water bottle, pillows plumped, Cailean lifted onto the bed (he’ll vanish under the duvet for his 8 hours). But, also, a book or two, my reading specs, and the radio at hand. The musing of the night.
Posted by Ross Eldridge at 12:38

"musing of the night"--I love it. I'm often awake in the dead of night, also, roaming the wilds of the internet, my face wan and intent in the pale light of the monitor.

Happy dreams, Ross, to us creatures of the night, each and every one.